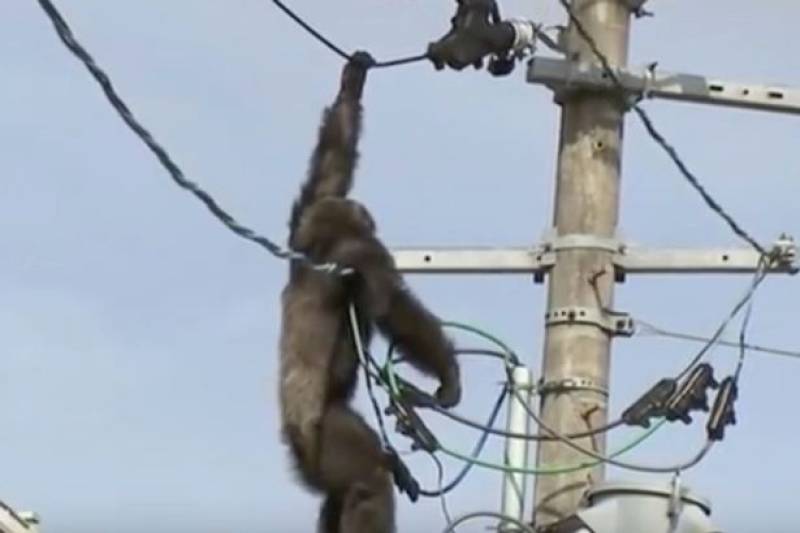 SENDAI (Web Desk) – A chimpanzee climbed up on to the electricity pole in a bid to avoid capture.

The 24-year-old monkey named Cha Cha had climbed up on to the pole, while his keepers came up with a plan to rescue him.

As can be seen in the video included below, Cha Cha the chimpanzee wasn’t too keen on being caught and was baring his teeth and lunging at the rescuers as they attempted to recapture him, The Mirror reported.

While some tried to reach him in a cherry picker, others gathered with a large blanket in case he fell.

He was shot with a tranquiliser gun but managed to swing along the wire, before losing his grip and falling.

Zoo director Toshikatsu Ouchi apologised for the inconvenience caused to residents in a press conference.

A zoo spokesman said: "Despite the fall, he was unhurt and there is no threat to his life.