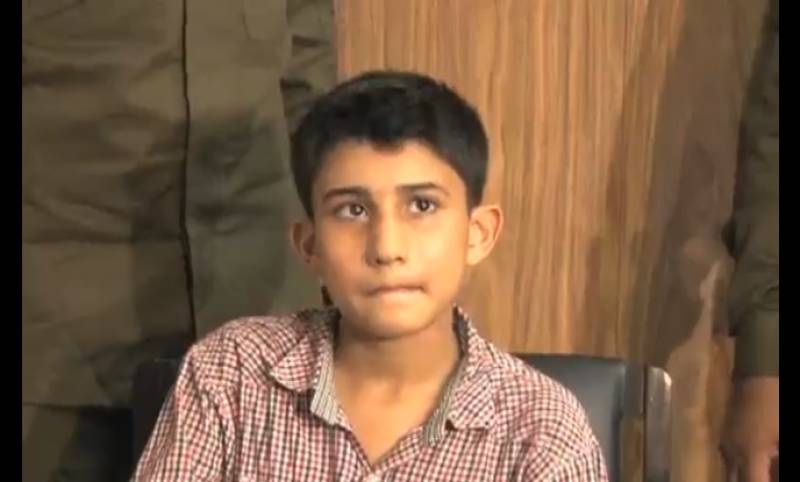 LAHORE - Police have arrested an 11-year-old boy, who was influenced by a hit Indian drama serial CID, following the charges of allegedly killing his minor sister over criticising him "for having poor handwriting" in Lahore, Dawn news reported..

Four days ago (June 30), nine-year-old Eman Tanvir was found dead at her grandmother’s house in Shalimar area of Lahore. Later a murder case was registered against unknown killer(s).

Initiating the probe, the police arrested deceased’s stepmother Saba but released her after interrogation.

Both siblings were staying at their grandmother house to spend Eid holidays when they had a writing competition, Haider said, adding that the deceased teased him on not having good handwriting.

The criticism had driven him to strangle his sister to death using a head scarf. Later, the boy cut a vein of his hand to hide the crime and locked the room.

According to police, the incident happened at a time when their grandmother was not at home. When the grandmother came back, she found the room locked on which she called neighbours.

The people broke open the door and found the girl strangled and the boy injured.

SP further said that the boy had admitted to killing his sister over handwriting issue, Dawn news reported.

Giving statement to the police, the boy revealed that he used to watch an Indian drama serial, CID, from where he had learnt method of killing someone.

CID is an Indian detective television anthology series in which different crime case are investigated, besides giving a detailed picture of happenings including how a man killed his enemy.