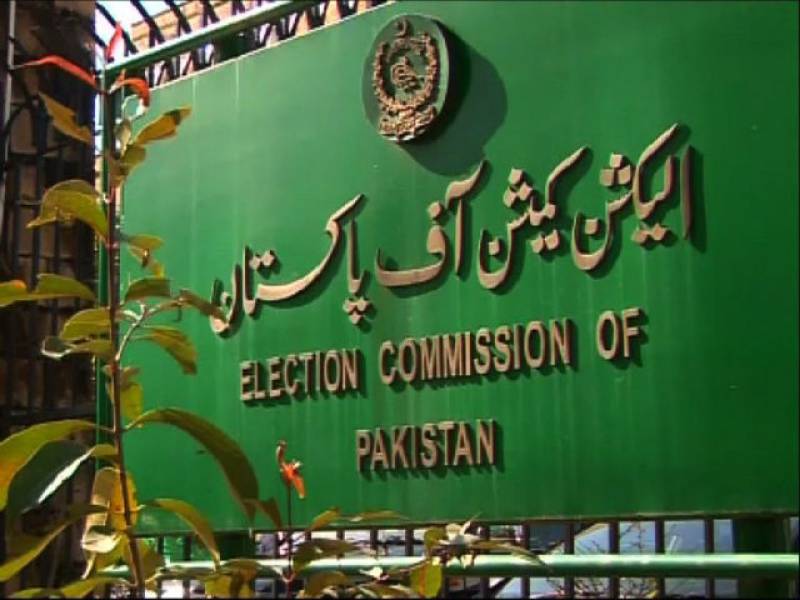 ISLAMABAD - The Election Commission of Pakistan (ECP) has started accepting nomination papers for the general elections 2018 from today after the Supreme Court dismissed the Lahore High Court's (LHC) ruling for amendments to the document.

The election commission will continue to receive the nomination papers till June 8 and the initial list of candidates will be released on the same day, while dates for other developments regarding elections will remain unchanged.

According to a communique issued by ECP, the papers will be available both in Urdu and English language and the security fee for national Assembly is Rs 30,000 while it is Rs 20,000 for provincial assembly seat.

'The security fee will be seized provided candidates fail to secure 1/4th of total votes' said the election regulator.

On Friday, the Lahore High Court had ruled that the nomination forms of the electoral candidates did not seek necessary information and declarations such as details on educational background, criminal record, and dual citizenship. The court ordered ECP to incorporate the requirements of Articles 62 and 63 of the Constitution to the nomination papers.

However, the Supreme Court, on Sunday suspended the LHC's verdict that nullified nomination forms of electoral candidates for the upcoming general elections.

Speaker of National Assembly Sardar Ayaz Sadiq and ECP had filed petitions earlier in the day, challenging the LHC's ruling.

During the court proceedings on Sunday, the petitioners' counsel had stated that LHC’s decision on nomination forms would delay elections, adding that they took the matter to apex court as they did not want elections to be postponed.

The counsel added that the elections are feared to be delayed as the filing of nomination papers has been put on hold following the verdict by the Lahore High Court's single bench Justice Ayesha Malik.

Earlier, the nomination papers were to be filed between June 2 and 6, however, the petition filed by journalist Habib Karam through legal expert Saad Rasool in the Lahore High Court, delayed the process.