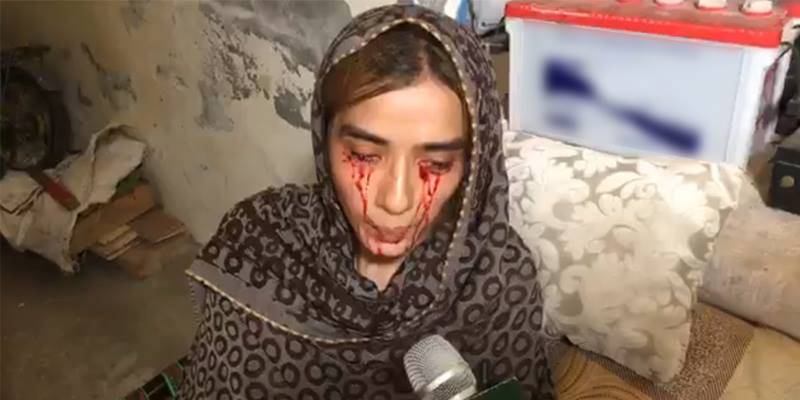 LAHORE – A teenage girl suffering from a rare disease in which her eyes shed blood is seeking the help of well-off individuals for treatment.

Yasmeen is from Punjab’s capital city and has been suffering the rare ailment since March 2014.

The 15-year-old is a student of 9th grade and revealed her medical condition in an exclusive conversation with Daily Pakistan.

“In March 2014 on my way to school, I went faint after vomiting three times following which I was shifted to Shalimar Hospital.”

Thereafter, the doctors told her that she was suffering from stomach ulcer and Hepatitis C.

The parents sold their home for Rs1.8 million along with the dowry of her elder sister for the treatment, however, the funds are still shy of the required amount needed for complete treatment.

“The vein of my brain damages when I feel stressed following which blood comes out of my eyes,” revealed the distressed youngster.

She decried that no one was listing to the miseries despite the fact that they have been appealing for years to the higher authorities.

During the interview, a request was also made to property tycoon Malik Riaz to help the patient as she needs a total amount of Rs10 million for the treatment in the USA.