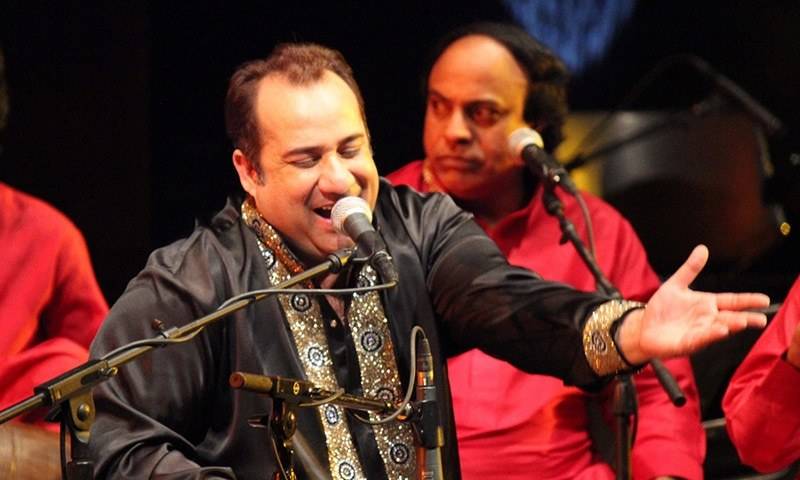 KARACHI-  Qawwali is the heart and soul of Sub Continent Music culture. The Popular Qawwali singer of Pakistan Rahat Fateh Ali Khan has replied back to the action announced by Late Nusrat's daughter regarding taking legal notice against anyone involved in the copyright infringement of the Sufi king of Pakistan.

The ' O're Piya ' song said that he does not require anybody's permission to sing the popular Qawwalis of his late uncle, legendary musician Ustad  Nusrat Fateh Ali Khan.

"I'm the successor and the adopted son of my Ustad and Uncle Nusrat Fateh Ali Khan. Why would I need any permission?" Rahat answered upon asking regarding taking permission to sing Late Nusrat's Qawwalis.

This has never been the scenario in history and legacy of our family, which has a rich heritage of over 600 years in the field of Qawali and Sufi music," he added.

Rahat believes that he had a very close bond with his mentor Nusrat Fateh Ali Khan and he would have needed no permissions from him even if he was alive today.

He further shared that,"We are a family, Everything belongs to us as a family and we have never been a divide."

When Nida was asked  whether she would also take legal action against Rahat Fateh Ali Khan who sang her father's songs for Bollywood, Nida said, "Rahat is my brother and I will not take any action against him."

Till now many of the Qawwalis of Nusrat Fateh Ali Khan has been sung by Rahat in Various shows and movies which include :'Afreen Afreen', 'Sanu Ek Pal Chain', 'Nit Khair Mangan', 'Kinna Sohna Tainu', 'Zaroori Tha', 'Jag Ghoomeya' and 'Mann Ki Lagan'.