To award ticket or not? Shehbaz Sharif reveals PML-N's policy for Ch Nisar 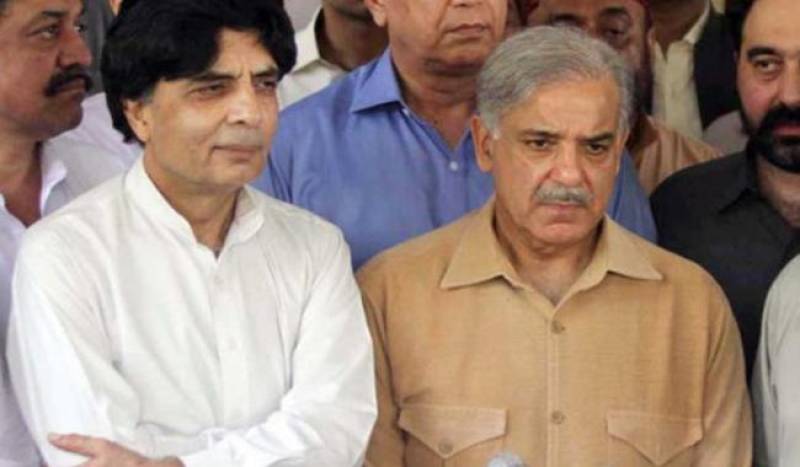 ISLAMABAD - The president of Pakistan Muslim League Nawaz and the former CM Punjab Shehbaz Sharif stated that disgruntled Chaudhry Nisar would surely get a party ticket whether he demands it or not.

"No doubt Nisar is angry with us but we will persuade him as he is a good friend of mine," said Shehbaz who is trying to unite the party these days.

The politician confirmed that Nisar had not applied for a party ticket currently, but hastened to add that he would get a ticket to represent the party in the forthcoming polls.

The PML-N avoided making Nisar a member of the central parliamentary board which is vested with the authority to award party tickets; the former security czar was a member of this board in 2013.

The central leader of Pakistan Muslim League-Nawaz, Pervaiz Rasheed had expressed in blatant words that  Chaudhry Nisar would not be given party ticket for the next general elections, however, Shehbaz Sharif has been trying hard to cajole his friend to remain a part of the party.