Indian Air Force plane with 13 on board goes missing 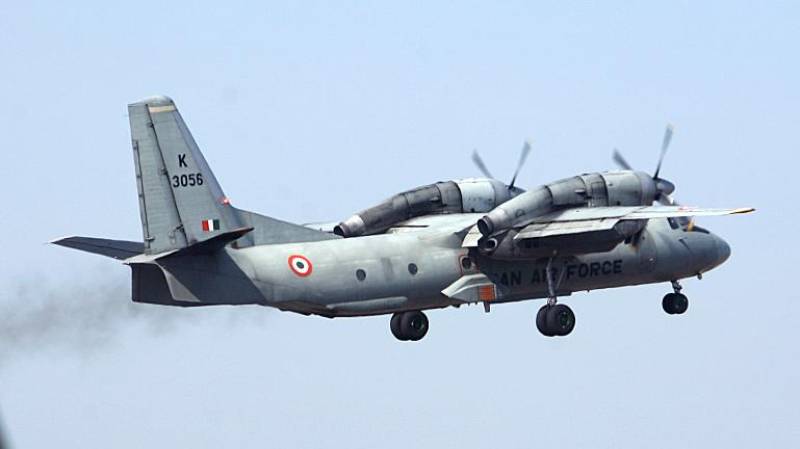 NEW DELHI - An Indian Air Force plane carrying 13 personnel has gone missing after it took off from the state of Assam on Monday.

According to details, the AN-32 aircraft, typically used for transport, took off from Assam’s Jorhat town for Menchuka in Arunachal Pradesh state but lost contact with ground agencies at around 1:00 PM (0730 GMT).

The authorities have launched a search operation to trace the missing aircraft.

Defence Minister Rajnath Singh, who assumed charge of the ministry last week, said that he was in touch with senior air force officials.

“I pray for the safety of all passengers on board,” he said on Twitter.

Spoke to Vice Chief of @IAF_MCC, Air Marshal Rakesh Singh Bhadauria regarding the missing IAF AN-32 Aircraft which is overdue for some hours.

He has apprised me of the steps taken by the IAF to find the missing aircraft. I pray for the safety of all passengers on board.

The AN-32 was inducted into the IAF in the 1980s, used for transportation of troops and supplies. The IAF currently operates around 100 of them.