Share your pleasures with the poor, urges PM Imran in Eid message 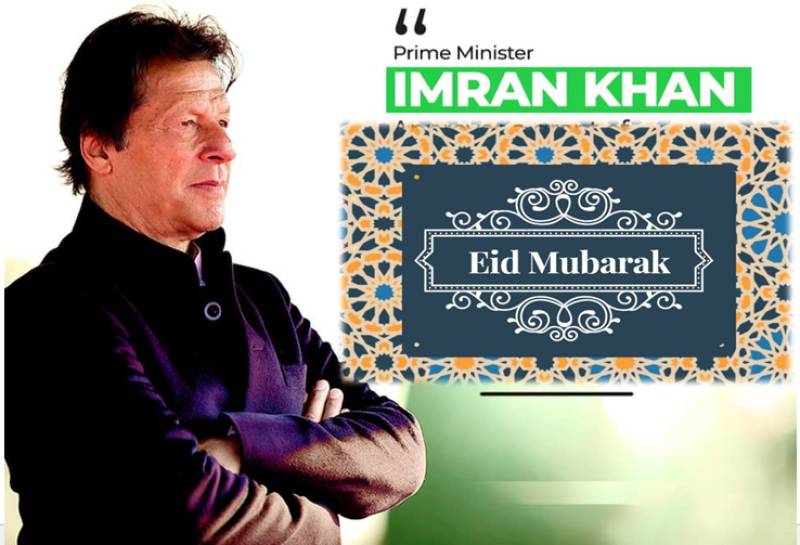 ISLAMABAD – In his message to the countrymen on the occasion of Eid-ul-Fitr, Prime Minister Imran Khan has said that one could enjoy the real festivities of Eid by showing compassion to and share pleasures with the needy and poor people.

Khan said the objective of Eidul Fitr is to promote unity, brotherhood, sacrifice and generosity among the Muslims.

He extended greetings to the nation and thanked Allah Almighty for blessing with such a festive day.

The PM said the people could only share joys of Eid with others if they abide by the golden principles of Islam and promote generosity by doing away with negative behaviours including jealousy, greed and hatred.

He said the government has embarked upon the journey to put country on track of progress and prosperity.

ISLAMABAD – Most of key religious and political figures will celebrate Eid ul Fitr in their native towns this year. ...

Khan said the State of Madina had become a model in the human history that had won laurels for contributing to the human welfare. The incumbent government would continue to playing its responsible role for developing Pakistan into a real welfare state.

PM Imran also prayed to Allah Almighty to make Pakistan a cradle of peace and prosperity for what every Pakistani was yearning.