WHO extends travel restrictions on Pakistan after polio virus discovery 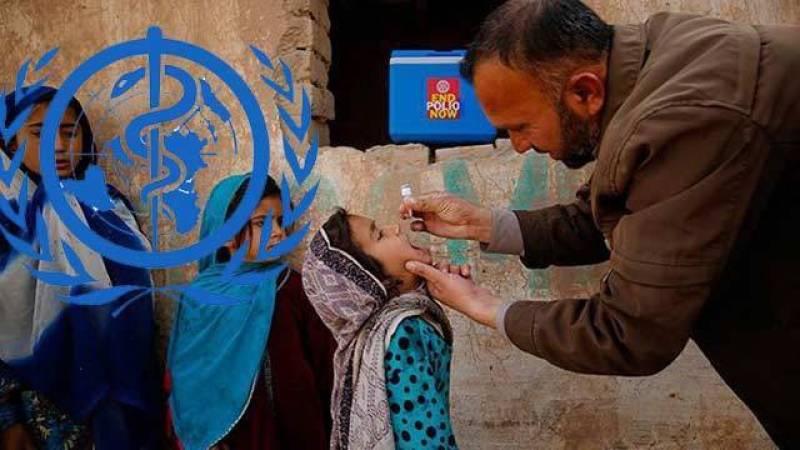 ISLAMABAD – Expressing grave concern over “significant increase” in polio cases in Pakistan, the International Health Regulations (IHR) Emergency Committee has extended its travel restrictions on Pakistan for another three months to check the spread of polio virus in the South Asian country.

The International Health Regulations, or IHR (2005), represent an agreement between 196 countries including all WHO Member States to work together for global health security.

The extension of travel restrictions came during the twenty-first meeting of the Emergency Committee, convened by the World Health Organization (WHO), regarding the international spread of polio virus at WHO headquarters, according to a statement.

A total of 20 cases have been recorded in Pakistan this year to date.

The following IHR States Parties provided an update on the current situation and the implementation of the WHO Temporary Recommendations since the Committee last met on 19 February 2019: Afghanistan, DR Congo, Indonesia, Nigeria, Pakistan and Somalia.

The committee commended all countries that presented on the quality of information provided, and the transparency with which countries discussed their challenges.

“The Committee is gravely concerned by the significant further increase in WPV1 cases globally in 2019, particularly in Pakistan where 15 cases have already been reported,” reads the statement.

“In Pakistan transmission continues to be widespread, as indicated by the number of positive environmental isolates in many areas of the country, and the proportion of samples that detect WPV1 is rising. The recent cluster of cases in Lahore also indicates that vulnerabilities still exist outside the high-risk corridors.”

ISLAMABAD – Health officials on Sunday confirmed that the year 2019's first polio case had been reported from Bajaur ...

Notably, the Committee noted, the increased rate of infection during what is usually the low season may herald even higher rates of infection in the coming high season unless urgent remedial steps are taken. The committee was very concerned about attacks on vaccinators and on the police protecting them.

The increasing refusal by individuals and communities to accept vaccination also needs to be actively addressed. While the committee understood that the recent elections and political transition may have adversely affected delivery of the polio program, it is now essential that the new government renews its efforts, noting that the eradication program in the country is no longer on-track.

Highlighting these concerns, the committee noted the recent detection of WPV1 in sewage in Iran in an area close to the international border with Pakistan.

“Based on genetic sequencing, the virus is most closely linked to viruses found recently in Karachi, Pakistan. While there is no evidence currently that transmission has occurred in Iran and routine immunization coverage is high there, this finding together with the resumption of WPV1 international spread between Pakistan and Afghanistan suggests that rising transmission in Pakistan correlates with increasing risk of WPV1 exportation beyond the single epidemiological block formed by the two countries.”

The Iran event is the first such exportation detected since 2014 and signals that the hard-fought gains of recent years can easily be reversed.

In Afghanistan, the critical issue of access is seriously hampering progress towards global eradication and needs to be resolved. “Inaccessible and missed children particularly in the Southern Region mean there is a large cohort of susceptible children in this part of Afghanistan. Environmental surveillance has found an increased proportion of positive samples in 2019. The security situation and access will need to significantly improve for eradication efforts to progress.”

PESHAWAR – After an attempt to sabotage the countrywide anti-polio vaccination drive was exposed, the police in ...

The Emergency Committee also recommended that the above countries ensure that all residents between four week and 12 months receive a dose of oral vaccine before international travel. In addition, the travellers be provided an international certificate of vaccination.