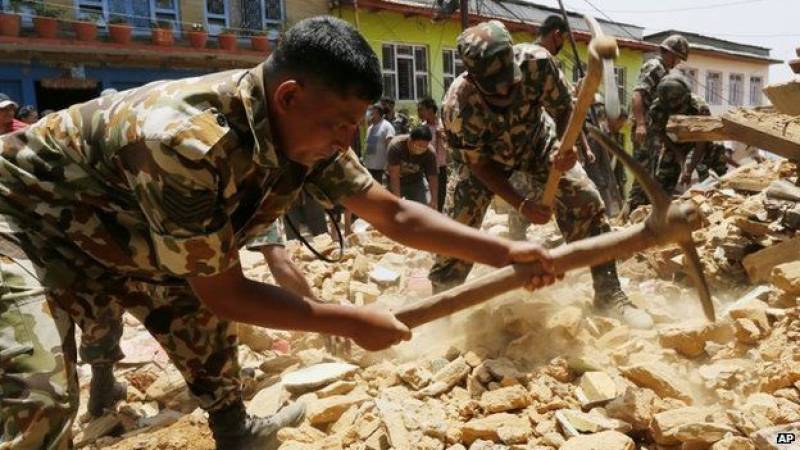 KATHMANDU (Web Desk) - Eight days after a devastating earthquake, Nepal is calling off its search and rescue operations.

Nepalese authorities reckon there can be no more survivors.

On Monday, Kathmandu requested all 34 countries involved in rescue operations in Nepal to call off their operations. Confirming this to the Times of India, MEA spokesperson Vikas Swarup said, "We have been asked to move to the next phase, that is, rehabilitation and reconstruction."

However, Nepal has requested India for heavy equipment to remove the huge pile of rubble and help with the repair and rehabilitation.

Swarup said India would soon send heavy equipment in response to Nepalese demand. India he said had been working closely with the civilian and military authorities in Nepal on the relief effort. India, he said, was not acting unilaterally.

On Sunday, Nepalese from across the world lobbied on social media to remove the Indian media from covering the disaster. They have been accused of reporting insensitively with a humiliating degree of intrusiveness.