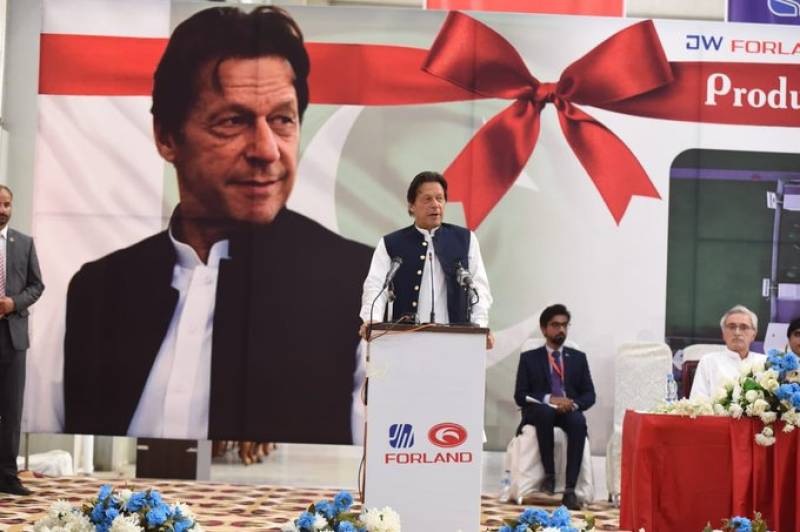 LAHORE – Prime Minister Imran Khan on Saturday said that only the foreign investment could steer the country out of prevailing economic crisis and the government was trying its utmost to bring ease of doing business to facilitate the investors.

Addressing the inauguration ceremony of JW Forland Facility Park Phase I and Haier Industrial Park Phase II near Lahore, the prime minister said the Chinese investment in Pakistan like the one in this project would help Pakistan overcome economic crisis through wealth creation.

He said it would be for the first time that the vehicles would be fully manufactured in Pakistan at the plant that would complete in three phases.

Earlier, the vehicles used to be assembled in the country, he added. 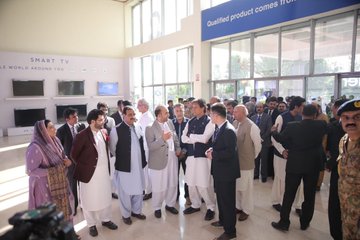 The prime minister also lauded the company's plan of manufacturing the electric car what he said would help reduce the pollution level particularly in the cities like Lahore.

Congratulating the management of JW Forland that would create 40,000 jobs and give up to Rs 30 billion taxes to the government.

He said in future, the company would also export their products to bring in foreign exchange.

“#PakChina friendship is an example for countries around the world”

The PM assured that through board of Investment, the government was making all out efforts to remove impediments in businesses and facilitate the investors.

So far, he said, the investors had been facing hurdles like red-tapism, bribery and corruption which forced the investors to move to other destinations like Dubai.