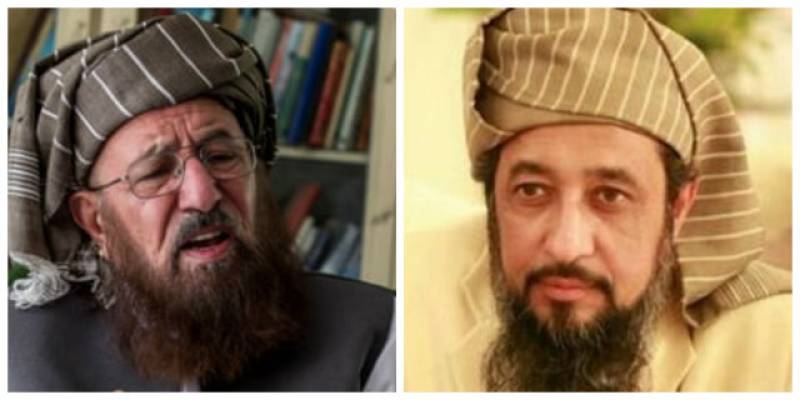 RAWALPINDI – Maulana Hamidul Haq, the son of slain Jamiat Ulema Islam-Sami (JUI-S) chief Maulana Samiul Haq, has been selected as the acting chief of the party.

Maulana Sami, an influential religious scholar and former senator, was stabbed to death by unknown persons at his residence in Rawalpindi’s Bahria Town on Friday night. He was buried in his hometown of Akora Khattak on Saturday afternoon. Thousands attended the funeral prayers.

His son told the media “current party position [of the chief] will remain unchanged.”

The personal secretary and guard of Maulana Samiul Haq, 81, were on Saturday questioned for three hours in connection with his murder.

The detainees in their initial statement said, “The two men [suspected of murder] had visited Maulana Haq on several occasions before as well and wanted to meet him alone.”

“The JUI-S chief sent us to the market to bring food and drinks,” they further said. “When we returned after 15 minutes, we found Haq lying in a pool of blood,” the staff added. However, the police agreed to release them on Haq’s son request so that they could attend the funeral. But they can be taken into custody again for further questioning.

Sami had received a total of 12 wounds on his stomach, heart, forehead, and ears.

The son commented on the post-mortem, saying said he did not want to have a post-mortem examination conducted on the body of his father as it was “against Islamic law”.