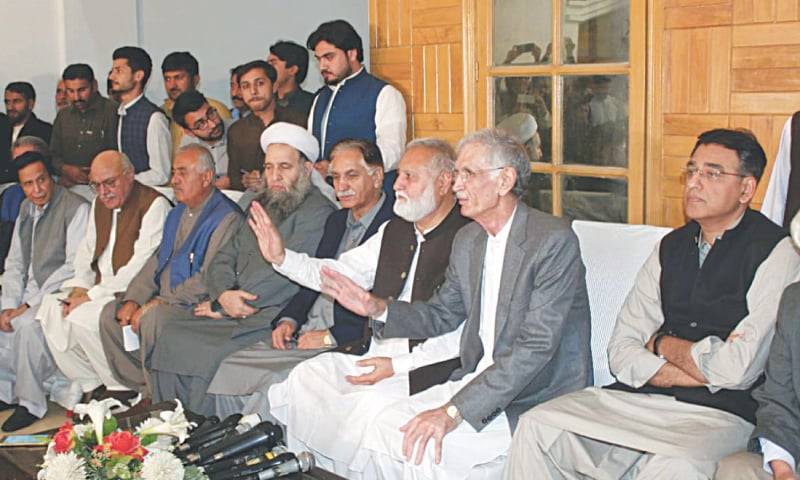 ISLAMABAD - The Jamiat Ulema-e-Islam-Fazl (JUI-F) is likely to end the days-long anti-government sit-in after negotiations involve some give-and-take.

The leading religiopolitical party and opposition parties met today at the All Parties Conference (APC) chaired by JUI-F Chief Maulana Fazlur Rehman to decide the next course of action.

Hinting at a possible deal between the government and the protesters, a private news channel citing source said that the parties have decided to end the so-called Azadi March.

Thousands of protesters led by the JUI-F converged on the federal capital with a resolution to send the incumbent government packing.

The ‘Azadi’ March caravan, which set off from Sindh, had reached Islamabad on October 31.

The conference also agreed to engage in fresh talks with the government. The Hum News claimed that the sit-in likely to be ended within two days.

Contrary to the report, the opposition parties after the MPC unanimously announced to continue with their protest in the federal capital.

During the meeting, Fazl told the bigwigs of the Pakistan People's Party (PPP) and the Pakistan Muslim League-Nawaz (PML-N) that insignificant gains should not be preferred over the challenges being faced by the public.

Maulana Abdul Ghafoor Haideri, Deputy Chairman of the Senate of Pakistan and JUI-F leader, talking to media after the APC said that the sit-in will continue.

He said, "We want a peaceful resolution of the issues," adding that the decisions taken by the APC will be announced by Rehman in an address to the protesters tonight.

On the other hand, the government's negotiating team today evening reached the residence of Maulana Fazlur Rehman to hold talks with the Rahbar Committee. The meeting is underway.