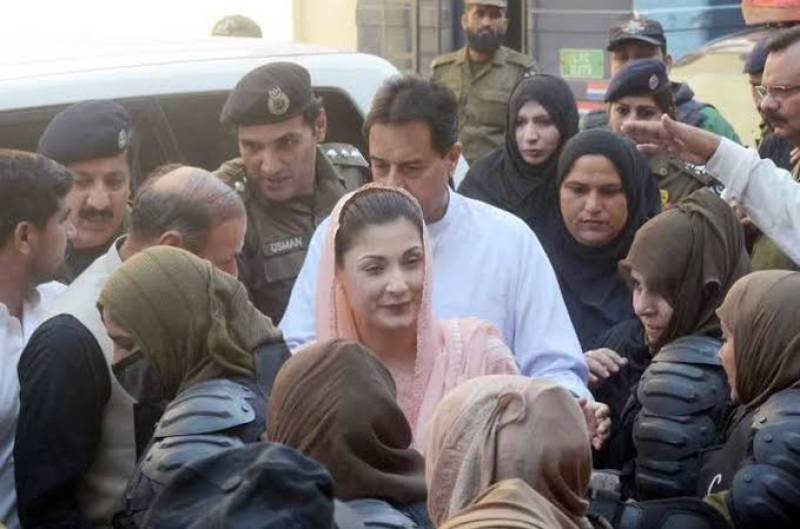 An LHC division headed by Justice Ali Baqir Najfi announced the reserved judgment on Maryam's release. The bench last week reserved the judgment after hearing arguments of both sides.

The daughter of former prime minister Nawaz Sharif was ordered by the court to surrender her passport to the court.

The LHC division bench heard her bail plea and directed her to submit two surety bonds worth Rs10 million each. However, the time period of the bail granted to the PML-N leader has yet not been cleared as the written order of the court is yet pending.

The bench clearly observed that Rs 70 million fine in case she failed to submit her passport to a deputy registrar of the Lahore High Court.

The NAB has clearly opposed her bail saying that she may fly abroad or may go underground in case of her bail in the case.

Maryam Nawaz has primarily been given bail on merits, in light of the constitutional principle that people should not be kept in detention merely on the “allegation” of a crime

Contrary to what is being reported, the bail is NOT on humanitarian grounds related to NS’s illness

The NAB also informed the bench that Maryam Nawaz was started in accordance with the law on the basis of a report of Financial Monitoring Unit in 2018.

The bench accepted the NAB's plea and directed her to surrender her passport to the court so that she could not fly abroad.

Advocate Amjad Pervez, the counsel of Maryam Nawaz, argued that money laundering case against his client was baseless and that she was made Chief Executive of Chaudhry Sugar Mills only in papers. NAB had breached law and arrested Maryam in money laundering case despite revealing all the assets in Panama Leaks case, he argued.

Nawaz Sharif and his daughter, Maryam Nawaz, invested in Chaudhry and Shamim Sugar Mills, but both of them did not disclose their investments.

On August 8, NAB team arrested Maryam Nawaz outside the Kot Lakhpat Jail in Lahore when she went there to see her father in jail. She did not appear before the NAB to provide the required details of foreign investment in sugar mills while she was also failed to satisfy the bureau regarding source of income for purchasing the shares. NAB had also claimed that three foreigners had transferred 11000 shares worth millions of rupees on Maryam Nawaz’s name.