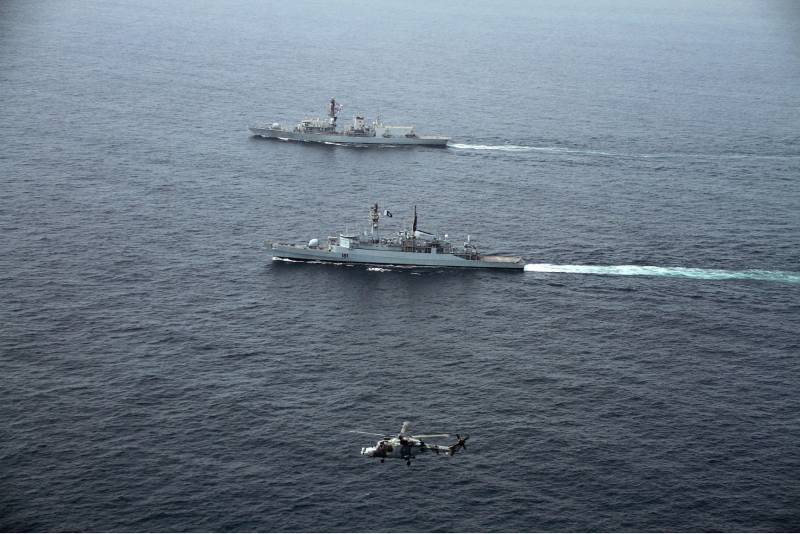 KARACHI – The navies of Pakistan and the United Kingdom conducted a joint drill covering a wide range of naval operations in the Arabian Sea.

According to a media release issued by Pakistan Navy, a United Kingdom (UK) ship, HMS RICHMOND visited Karachi port. The ship was received by officials of the Pakistan Naval forces along with representatives of the British High Commission in Pakistan.

The visit of the British ship included harbor and sea phases. In the harbor phase, tabletop discussions on professional matters and bilateral interactions were held.

Naval forces of both sides enjoy longstanding relations based on training, development, mutual interest, and cooperation in naval affairs.

On completion of the port visit, the bilateral drill was conducted which covered a wide range of naval operations. The exercise was aimed to enhance interoperability and contribute toward international efforts for ensuring maritime security in the region.

UK Navy Ship visit to Pakistan and joint naval drills is a testimony of Pakistan Navy resolve to work towards regional peace and it may further strengthen mutual collaboration between the two navies, it further said.