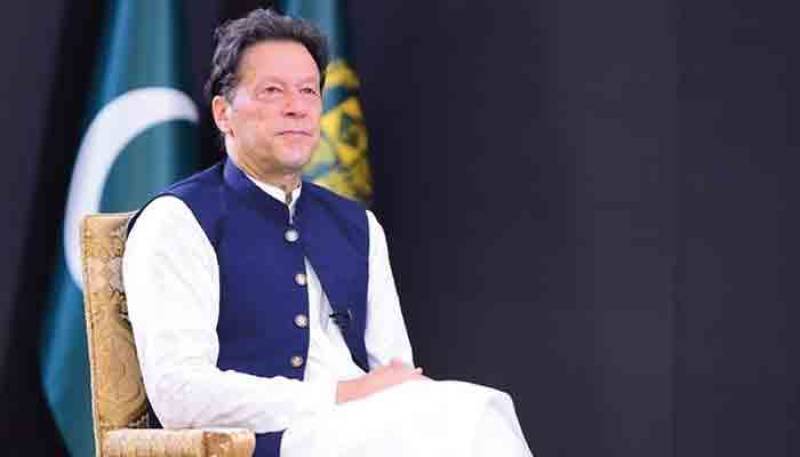 In a statement, the Türkiye Foreign Ministry wished a "prompt recovery" to Khan, who was shot in the leg during the attack, and expressed condolences over the death of a Pakistani citizen in the assault.

"We strongly condemn the attack that targeted Mr. Imran Khan, former prime minister of the Islamic Republic of Pakistan, at a political rally yesterday (Nov. 3) that has left one person dead," said the ministry.

"Türkiye attaches importance to peace and stability of Pakistan and will always continue to stand by friendly and brotherly Pakistan," the statement read.

The Egyptian Ministry of Foreign Affairs, in a statement, wished a speedy recovery for Khan and all those injured during the gun attack.

The UAE also condemned the attack on Imran Khan. "The UAE expresses its strong condemnation of these criminal acts that aim to destabilize security and stability, and are inconsistent with humanitarian values and principles," the Emirati foreign ministry said in a statement.

The PTI chief was shot in his leg on Thursday (Nov 3) when attending a protest in Punjab's Wazirabad district in favor of snap elections.

Khan's protest march and rallies were peaceful until Thursday afternoon's attack, raising concerns about growing political instability in Pakistan, a country with a history of political violence and assassinations.

One of Khan's supporters was killed and 13 others, including two lawmakers, were wounded in the attack.

Leaders of his party, the Pakistan Tehreek-e-Insaf, say it was a planned assassination attempt, and have accused the prime minister, interior minister, and an intelligence official of being involved in the attack.

Since his ouster in a no-confidence vote in parliament in April, Khan has held a series of anti-government rallies for "real freedom," and has alleged that he was removed in a US-sponsored conspiracy. The coalition government and Washington have denied the claims.

Last week, Khan started his 'long march' protest towards the capital Islamabad to demand early elections. But Prime Minister Shehbaz Sharif’s government says there would be no early vote, and the next elections will be held according to schedule, in late 2023.