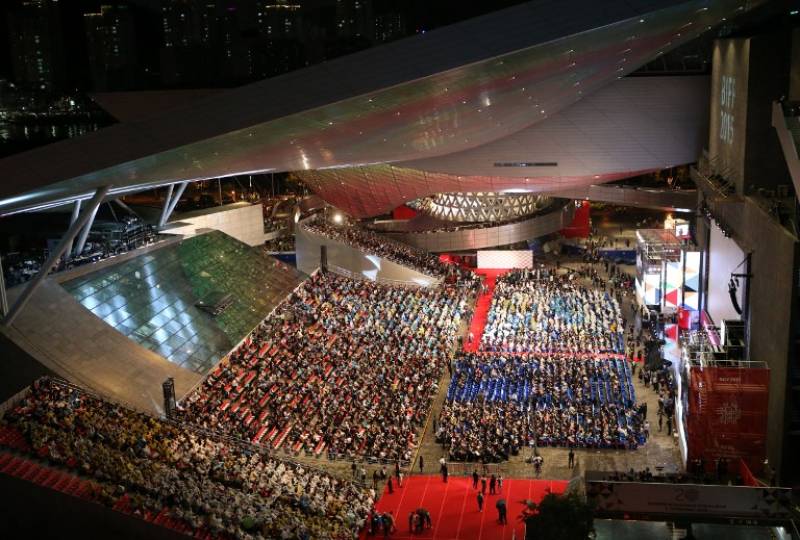 BUSAN (Web Desk) - The Busan International Film Festival is marking its 20th anniversary with a list of the 100 best Asian films of all time, based on a poll of 73 noted filmmakers and critics.

Among them top five films have been named. Here is a list of these movies.

Yasujiro Ozu was a firm believer in the less-is-more style of storytelling but don’t be fooled by the slow pacing — it’s the pure emotion here that packs the knockout punch.

When an old couple head to Tokyo from the countryside to visit their children they find themselves unwanted — even unloved — by all but one, played by a soulful Kyoko Kagawa.

An indictment of the self-centred nature of modern life as it was back then in 1953, the heartbreak comes when you are left wondering if that’s how things still are today.

Cinema was Akira Kurosawa’s grand stage and the world had never seen anything quite like this twisted tale of death and deceit when it came to cinemas in 1950.

There’s the story, first, with murder shadowing the moves of every character. But the genius is in the way Kurosawa unravels it all — each character (including the one played by the brilliant Toshiro Mifune) is allowed their own take on how a murder occurred. The result is that you won’t know just who to believe.

A Golden Lion followed at Venice, as well as an honorary Academy Award.

Wong Kar-Wai’s richly evocative tale of longing and simmering passions in 1960s Hong Kong is among the most stylish of productions to ever grace the big screen.

The way cinematographer Christopher Doyle’s cameras seems at times to invade their most intimate moments will almost make you blush. The film was nominated for the Palme D’Or at Cannes in 2000.

Master filmmaker Satyajit Ray produces an epic in every sense of the word, lifting his inspiration from a series of three famous Indian novels and tracing the coming of age of the impoverished Apu who struggles — almost silently — to rise above his situation.

Made in the mid-1950s on a next-to-nothing budget with non-actors, Ray’s lyrical representations of the life of the common man in his country changed the very notion of Indian cinema. Between them, the three films collected awards from all the world’s major festivals, including Cannes, Venice and Berlin.

Hou Hsiao-Hsien’s 1989 release turns its attentions to the very human face of the White Terror campaign launched across Taiwan following the arrival of Kuomintang forces who had fled China following the civil war there.

The focus is on the Lin family, each member of which suffers horribly at the hands of the authorities, and it includes a standout turn by Hong Kong’s Tony Leung Chiu-Wai as the deaf-mute brother fighting for justice — and some semblance of sanity amid the mayhem. It was the first film from Taiwan to win the Golden Bear at the Venice Film Festival.