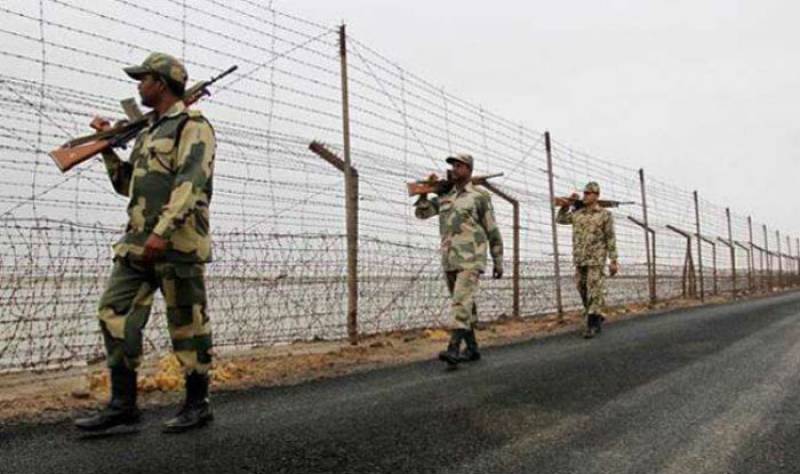 ISLAMABAD - Propagandist but hilarious reports from Indian media are being unraveled day by day. Another Indian propaganda was betrayed on Tuesday after Indian claims of Pakistani involvement in the killing of an Indian soldier in Baramulla were retracted.

According to Indian media reports, the Indian soldier was killed by ‘friendly fire’.

Read More:Journalist exposes the hilarious story behind the Baramulla ‘attack’

Initially, Director General Border Security Force (BSF) K.K. Sharma rejected the idea of ‘friendly fire’ but when questioned how his soldier was killed, what exactly happened in Baramulla, Sharma lost the plot responding that the Indian Army was in a better position to share details of how the BSF soldier met his death, Geo News reported.

Responding to Sharma's illogical response, the Indian journalist grilled him further that the soldier who lost his life was a BSF constable, and Sharma as DG BSF should know how his soldier died.

Sharma responded that, the constable saw some suspicious movement and became alert, just then he was fired upon and then a grenade exploded next to his leg.

"Did anyone see which direction the gunfire came from?" the journalist inquired further.

The DG responded that it was a moonless night and it was very dark so no one could see which direction the gunfire came from.

Roasting Sharma further the journalist pressed forward that media reports suggest the constable died due to ‘friendly fire’, to which the BSF Director General submitted that there was too much confusion, no one can say for certain which direction the gunfire came from or who fired upon the constable.