US, Austrian and French scientists win Nobel Prize in Physics 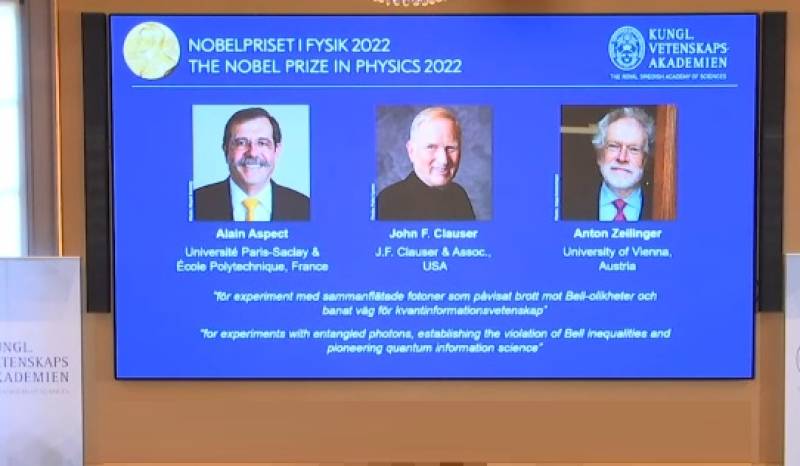 Three academics from Austria, France and the US have won the Nobel Prize 2022 in Physics for their work related to supercomputers and encrypted communication.

The Royal Swedish Academy of Sciences explained that the results of their experiments have cleared the way for new technology based upon quantum information.

“The ineffable effects of quantum mechanics are starting to find applications. There is now a large field of research that includes quantum computers, quantum networks and secure quantum encrypted communication,” an official press release read.

The three experts will split the 10 million Swedish kronor (roughly $1.1 million) for this year’s prize.

A day earlier, Swedish geneticist Svante Paabo was awarded the prize for Physiology or Medicine on Monday.