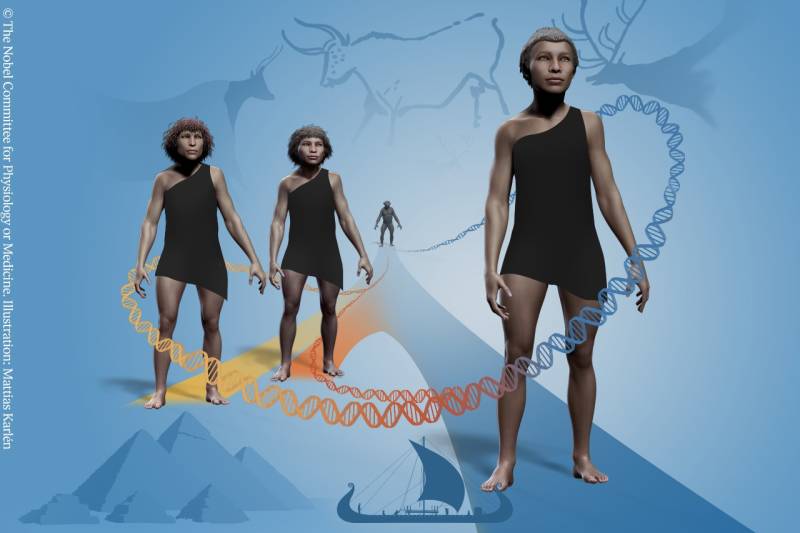 Swedish geneticist Svante Paabo, director at the Max Planck Institute for Evolutionary Anthropology in Leipzig, Germany, won the 2022 Nobel Prize in Physiology or Medicine for "discoveries concerning the genomes of extinct hominins and human evolution’’.

Paabo transformed the study of human origins after developing ways to allow for the examination of DNA sequences from archaeological and paleontological remains reaching back to the dawn of human history.

Not only did he help uncover the existence of a previously unknown human species called the Denisovans, from a 40,000-year-old fragment of a finger bone discovered in Siberia, his crowning achievement is considered to be the methods developed to allow for the sequencing of an entire Neanderthal genome.

The Prize committee said he achieved the seemingly impossible task of cracking the genetic code of one of our extinct relatives - Neanderthals. Those results showed that Neanderthals - who mostly lived in Europe and Western Asia - were distinct from both modern day humans and chimpanzees. His work focused on hominins - the group of modern humans that includes us, Homo sapiens, but also the extinct relatives of modern day humans.

Pääbo received the news while enjoying a cup of coffee. After the shock wore off, one of the first things he wondered was if he could share the news with his wife, Linda.

The 2022 #NobelPrize in Physiology or Medicine has been awarded to Svante Pääbo “for his discoveries concerning the genomes of extinct hominins and human evolution.” pic.twitter.com/fGFYYnCO6J

The prize, among the most prestigious in the scientific world, is awarded by the Nobel Assembly of Sweden's Karolinska Institute and is worth 10 million Swedish crowns ($900,357). It is the first of this year's batch of prizes.

Born in Stockholm, Paabo studied medicine and biochemistry at Uppsala University before creating a scientific discipline called "paleogenomics", which helped shed light on the genetic differences that distinguish living humans from extinct hominins. Prof Paabo is seen as one of the founders of the scientific discipline of paleogenomics. He won the 10 million Swedish kronor (£800,000) prize.

Paabo followed in the footsteps of his father, Sune Bergstrom, who won the same Nobel Prize in 1982. His work shows there were already two distinct groups of hominins (Neanderthals and Denisovans) living in Eurasia when Homo sapiens spread from Africa.

The Nobel Prize jury highlighted that Paabo also discovered that gene transfer had occurred from these now extinct hominins to Homo sapiens following the migration out of Africa some 70,000 years ago.

“The last 40 thousand years is quite unique in human history, in that we are the only form of humans around.”

Take a listen to our interview with 2022 medicine laureate Svante Pääbo who reflects on our relationship to extinct species of early hominins.

Past winners in the field include Alexander Fleming who shared the 1945 prize for the discovery of penicillin, and Robert Koch, who won in 1905 for his investigations of tuberculosis.

LAHORE - Pakistani philanthropist and founder of Akhuwat Foundation Dr Amjad Saqib has been nominated for the Nobel ...