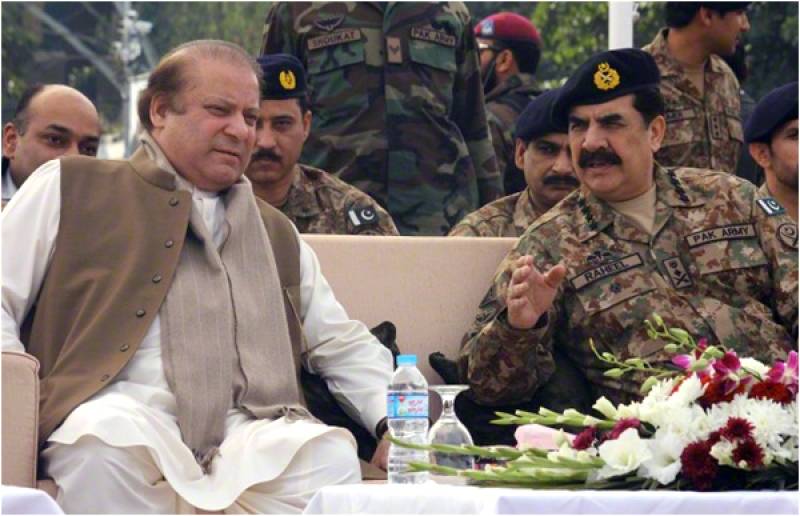 ISLAMABAD (Staff Report) - Pakistan will secure the route of China-Pakistan Economic Corridor (CPEC) at all costs.

Reports said the PM and army chief have agreed that no stone would be left unturned to foil evil designs against the economic route.

According to sources, the PM was briefed that military’s especial security division has started working to protect the CPEC route.

In the meeting, the premier and the army chief also exchanged views over ongoing military operation, Zarb-e-Azb, and crackdown against criminals and militant groups in Karachi and other cities.

Read more: Pakistan has spent $1.9b on Zarb-i-Azb, TDPs from own resources

The two leaders also exchanged views on speeding up implementation of the National Action Plan, the sources added.

Earlier, Interior Minister Chaudhry Nisar Ali Khan called on the PM and discussed with him the overall security situation of the country.