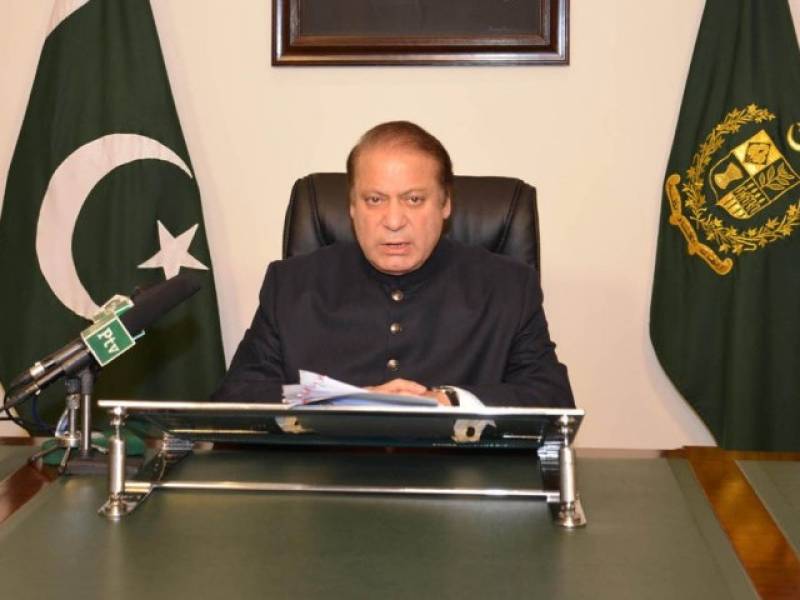 The judicial commission will be investigating against the allegations placed upon him and his family and will bring the truth of affairs before the nation.

Prime Minister while addressing the nation has stated that his son, Hussain Nawaz, has been living in Saudi Arabia since 2000 and is running his business there ever since.

He also stated that he and his family have never been involved in any sort of corruption.

He added that his father began the family business prior to the creation of Pakistan; one section of the business was in East-Pakistan as well.

He added that another industrial plant was also established in Dhaka, but was lost with the fall of East Pakistan in 1971.

He pointed out that within fifteen days of fall of Dhaka, the then Government of ZA Bhutto nationalized Ittefaq foundaries, which had become the largest steel, machinery and engineering industry in the then West Pakistan.

The Prime Minister said his father did not lose heart and within 18 months during ZA Bhutto rule, again established six new factories.

The Prime Minister said he or his family did not get any undue benefit while remaining in power. He said neither he nor any of his family members got any debt or mark up written off.

Nawaz Sharif said despite repeated efforts to ruin our business in the past, he and his family paid dues of about six billion rupees.

Shedding light on the historical background of his sons business and acquiring of equity in foreign countries, he said his father had established a steel mills in Saudi Arabia for which Saudi banks provided loan. He said later on that steel mill was sold and his sons Hussain Nawaz Sharif and Hassan Nawaz Sharif established businesses in London.

Mian Nawaz Sharif said his family business has been providing job opportunities to thousands of people besides contributing hugely to the national exchequer in the form of taxes and duties.

The Prime Minister said he is fully determined to take Pakistan to zenith of progress and prosperity and would continue working for that noble objective.