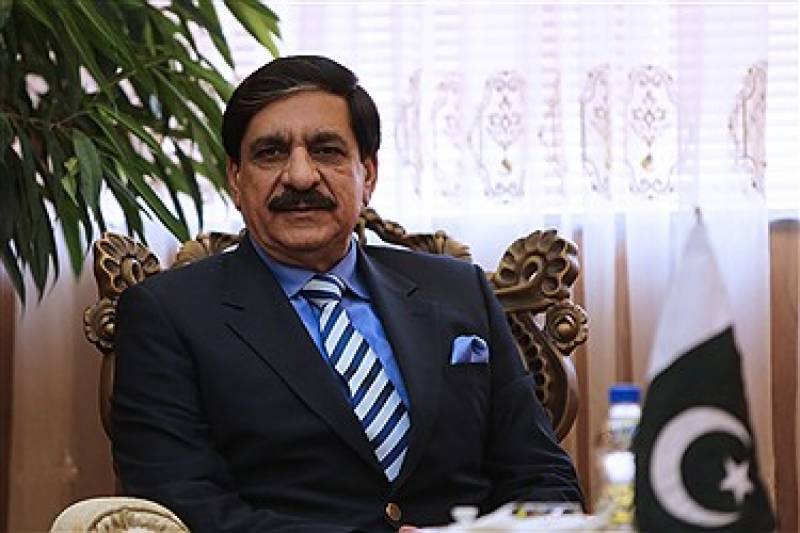 “It is unfortunate that the United Kingdom preferred individuals such as Altaf Hussain and Baloch leaders over the state relationship,” remarked Lt-Gen (r) Nasser Khan Janjua, the National Security Adviser (NSA), during a meeting with a seven-member British Parliamentary delegation, who is presently on a visit to Pakistan.

In addition to the MQM supremo, both sides discussed tithe es with India, Kashmir dispute and Modi’s threat to stop water for Pakistan, according to an official handout.

Keeping the Indian factor in focus, the NSA explained to the British MPs how the fragile security architecture of the region is fast becoming under stress and has started to suffer of serious imbalance. He also urged the British government to have a balanced regional approach as the imbalance in the region is becoming critical which needs to be retrieved and restored immediately.

When asked for his opinion on many serious issues and challenges faced both by Pakistan and UK, Janjua briefed them at length about the rise of extreme thought, extremism, conflict in the Muslim world, rise of the Islamic State (IS), resilience and sacrifices of Pakistani nation.

Chishti, a British MP born in Muzaffarabad, Azad Jammu and Kashmir, who is leading the visiting delegation, said that the United Kingdom understands and acknowledges the role of Pakistan against terrorism.

The NSA told the delegation that Islamabad highly values its relationship with the UK which has a strategic character. However, he stressed the need for further improving the understanding between the two nations to further strengthen the ties and explore more areas of cooperation.