You Better Get Those Tissues Out, Because Hamza Malik’s Latest Song About His Mother Is Going To Make You C.R.Y 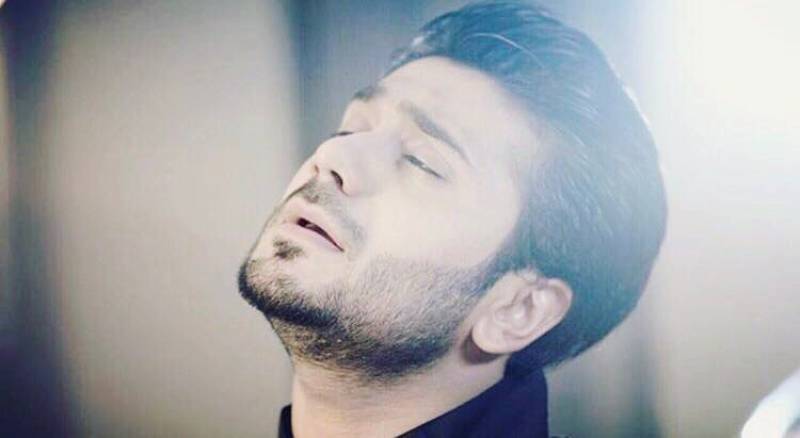 You Better Get Those Tissues Out, Because Hamza Malik’s Latest Song About His Mother Is Going To Make You C.R.Y.

Hamza Malik is the newest singing sensation on the Pakistani music front. He already has several superhit songs in his arsenal, like Tere Bina, Soneyaa and Dholna, but he has just come up with something even more special, now.

Hamza has just released his latest song ‘Aye Khuda’, which is dedicated to his mother. Not only does it resonate with every single person who has ever loved their mother, but also those who have lost theirs. Hamza is one of the very few artists, in Pakistan, to have sung about such a great loss and there is no doubt that it will take over the Internet in no time.

From wooing girls all over the World to making a place in everyone’s hearts, Hamza has done it all!

Hamza has been known to make romantic songs, in the past which led to a magnanimous fan following for him, the world over. However, this time Hamza’s love has shifted, and for good reason. While Hamza will certainly continue making the heartwarming songs that he’s always made and won us over with, this song stands out and was definitely worth the wait.

Hamza is breaking barriers in every form, be it with his music or with the visual representation of his songs

The video which released on the 31st of March is also the first of its kind in the Pakistani music scene. A shadow/mime act has never been achieved in the country, before, and it will certainly make the song all the more special. The thing about faceless songs is that one can put themselves in the shoes of the characters, making it all the more relatable for the viewer and listener, and that is exactly what Hamza’s song does.

The magnitude of a mother’s love is an emotion we rarely understand, and when we do, it’s too late.

Hamza’s tribute to his mother resonates with millions of people across the world. The fact that every human being has a special connection with their mothers, a bond that only strengthens with loss, is common knowledge; but just the way Hamza has added his own magic will make you feel like the song came from your own heart. No one can ever even imagine what a great loss a mother’s is, till it actually happens, and it’s the kind of pain you won’t wish on anyone else. This sense of loss and grievance comes out in Hamza’s voice, and it goes straight into the listener’s heart, piercing it through.

Sometimes, all you need is to pour your emotions into your work and this purity shows clearly in Hamza’s work

The simplicity that is present in the song possesses the power to make anyone bawl out and break down into tears. The raw emotion that shines through with the music and Hamza’s young voice, make the pain all the more real. And it is this simplicity and rawness that makes the listener feel his pain, as well. There is no doubt in the fact that Hamza has been on a really rough journey, but the fact that he hasn’t given up on himself is inspiring, to say the least, and this future superstar will continue making us love him in the future!

This goosebumps inducing song’s video released on the 31st of March, 2017, on 8XM

It has already set the airwaves on fire, and is making its way onto everyone’s speakers and hearts, in front of our eyes. The audio of the song is now available for legal download on www.bestsongs.pk