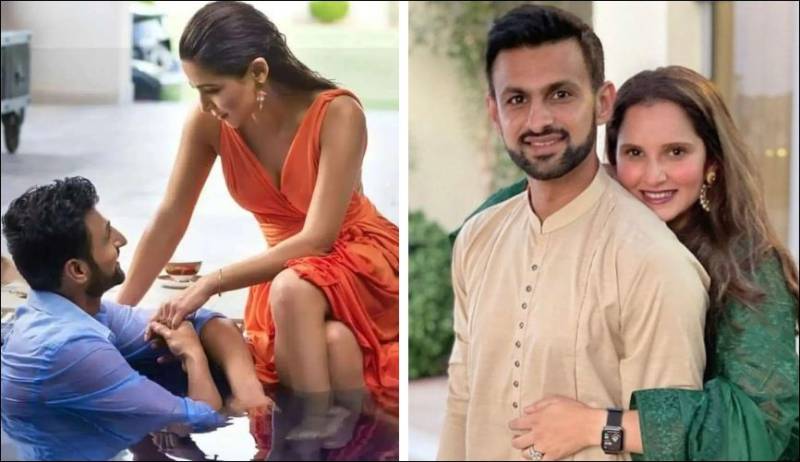 Pakistani actor and model Ayesha Omar has responded to the criticism she received on social sites for being a 'homewrecker' between celebrity couple Sania Mirza and Shoaib Malik.

Rumours of separation between the celebrity couple have been making the headlines with Indian media reports claiming that Shoaib’s involvement with Ayesha affected his relationship with the Indian tennis star, who is sharing solo pictures for a while.

As Shoaib and Sania remained tight-lipped about the alleged separation, Ayesha responded to one of her fans on social media.

A social media user asked Bulbulay star 'if she was planning to get married to Malik'. The actor then cleared the air, saying Shoaib is happily married and she respects the couple. She called Shoaib a good friend, reminding the fan that ‘such relationships also exist in the world.’ 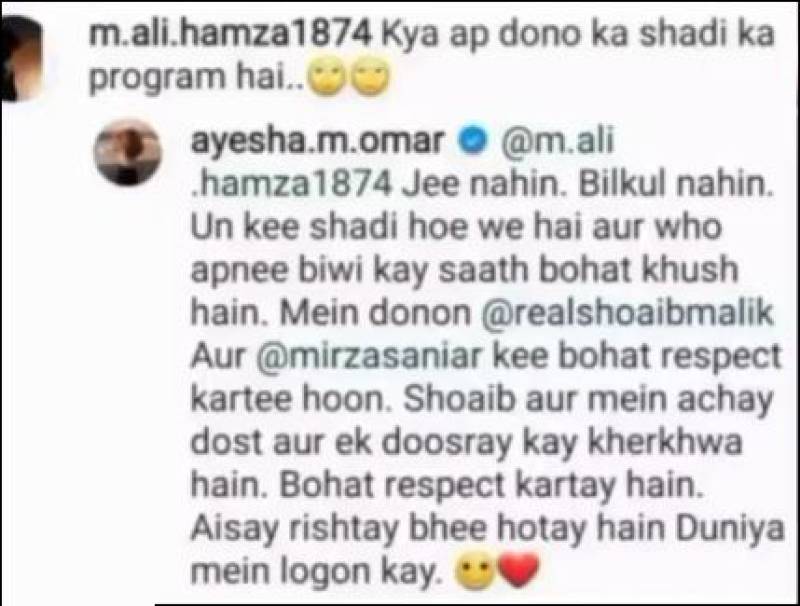 Amid all the rumours, Shoaib and Sania were spotted together in a new behind-the-scenes clip of their upcoming reality show The Mirza Malik Show.

Earlier, several media outlets including Gulf News reported that the couple have separated and are co-parenting their kid. Indian media outlets, however, reported different angles as Sania started posting solo pictures amid rumours.

Last month, Shoaib wished Sania on her 36th birthday but she has not reacted or replied to the post. Malik also tried to clear the air when asked about his marriage. The seasoned cricketer refrained to share details and briefly asked the interviewer to ignore the rumors.