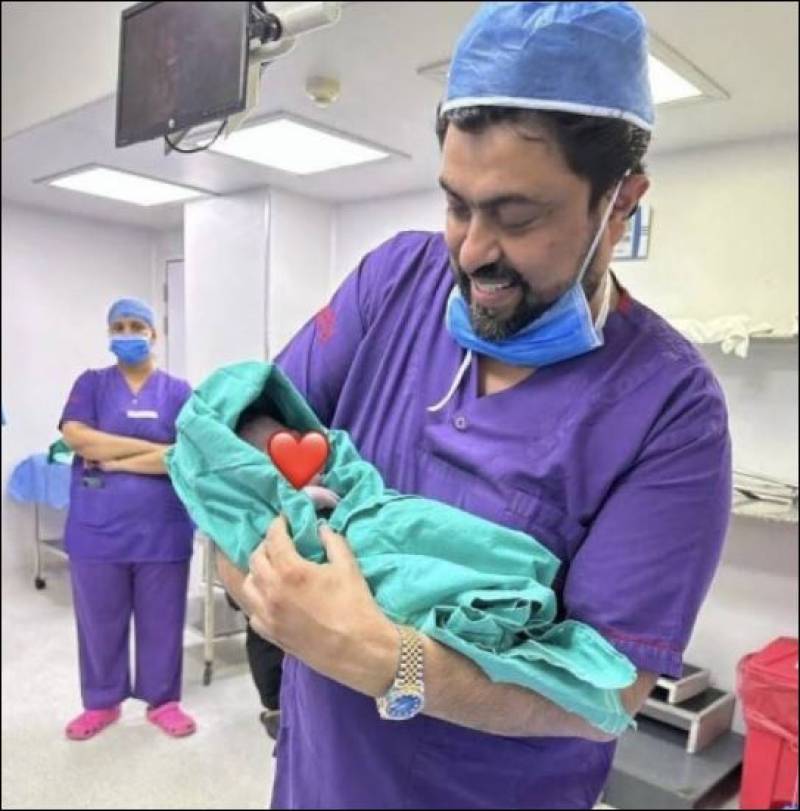 KARACHI – Sindh Governor and MQM– Pakistan leader Kamran Khan Tessori was blessed with a baby boy, it emerged on Thursday.

Tessori, 48, thanked Almighty for showering blessings upon him and thanked people who congratulated him.

In a picture doing rounds on social media, Tessori can be seen holding his newborn; he however hides the tot's face with an emoji.

It was reported that Mr. Tessori had two sons and a daughter before the birth of the baby boy.

Earlier in October, the MQM leader took oath as the 34th Governor of Sindh. Some reports claim that he has become the first governor of the southeastern region who became a father during his stint.