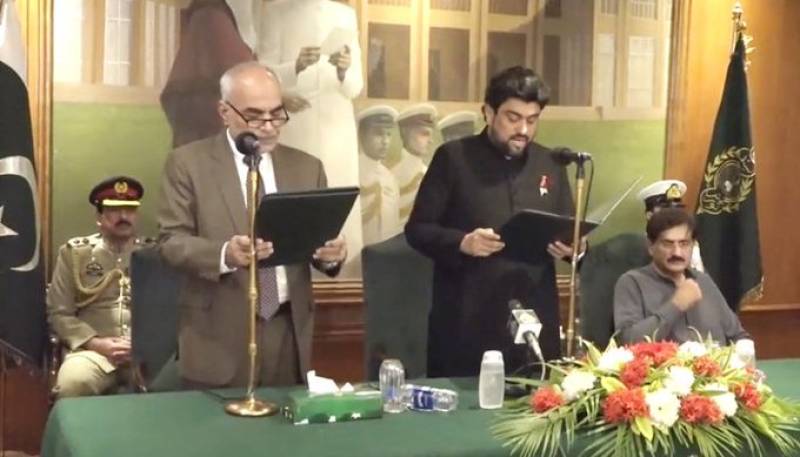 KARACHI – MQM-P leader Kamran Tessori on Monday took oath as 34th governor of Sindh after President Arif Alvi approved his appointment under Article 101 (1) of the Constitution.

The office of Governor Sindh was lying vacant after former governor Imran Ismail resigned from the post following the ouster or Imran Khan through a no-confidence vote in April this year.

Speaking after the oath-taking ceremony, Tesori vowed to perform his duties honestly, adding that he will raise voice for issues being faced by people in the province.

The MQM-Pakistan leader returned last month as he was earlier suspended by the Rabita Committee members over the violation of party discipline in 2018.

The development comes amid impasse over the constitutional appointment persisted for months as the coalition partners couldn't agree on names for coveted slots.