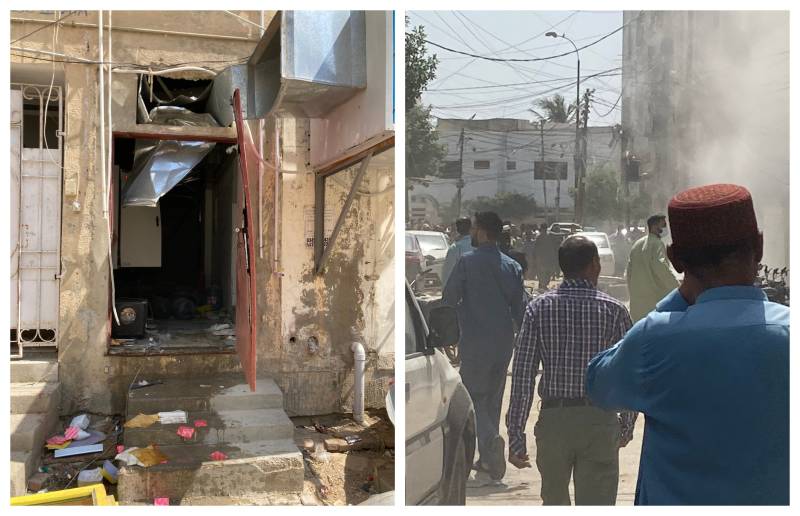 KARACHI – A man was killed and five others sustained injuries in an explosion at an office of an online food delivery company, in Defence area of the port city on Monday.

Rescue officials suspected that a gas cylinder exploded inside the kitchen while police have launched an investigation to determine the exact cause of the blast.

A senior police official told media that a team of the bomb disposal unit (BDU) also visited the site and found no trace of explosive material at the office.

He said that a team from the Sui Southern Gas Company also confirmed that the explosion did not take place in the gas line.

Meanwhile, officials at the Civil Hospital Karachi said that they have received six injured persons, adding that one of them succumbed to his injuries. The deceased has been identified as 28-year-old Faiz.

ISLAMABAD – Firefighters on Sunday brought under control a huge inferno that engulfed the country’s largest ...