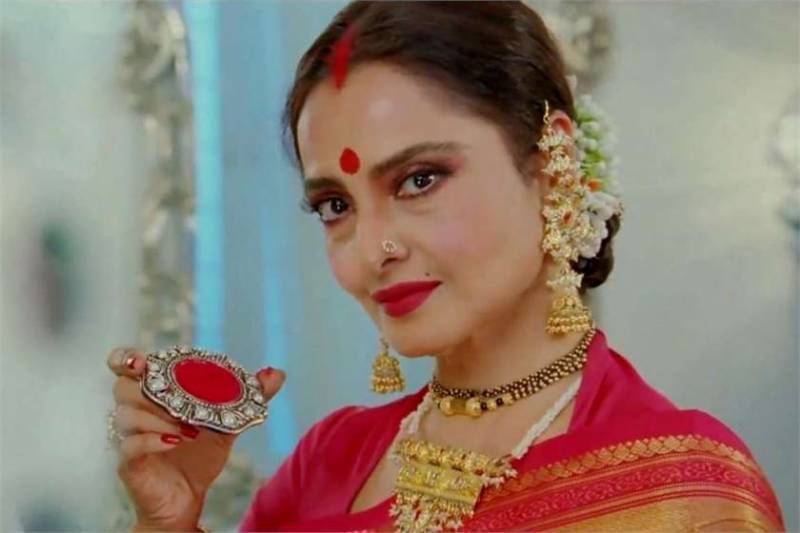 One of the finest and most glamorous figures in Bollywood is none other than Rekha. The Bollywood diva who has turned 68 years old has been the heartthrob of millions of people all over the world. From her style statements to her relatable quotes, the Umrao Jaan actress is presently regarded as one of the most attractive and captivating actors in Indian cinema.

Starting her career as a child artist, Rekha has given numerous superhit performances which can’t be narrowed down to a small list.

Born Bhanurekha Ganeshan, she is the daughter of actors Gemini Ganeshan and Pushpavalli. Rekha has acted in over 180 films in her career spanning over 50 years often portraying strong female characters. Rekha started her career as a child actress in Telugu films Inti Guttu (1958) and Rangula Ratnam (1966), and Anjana Safar (1969).

The Silsila star is noted for her versatility and is acknowledged as one of the finest actresses to ever exist in Indian cinema. The gorgeous diva's film Sawan Bhadon cemented her as a top-notch actress although the success of several of her early films wasn't justly regarded as she was often panned for her looks.

She has won three Filmfare Awards, two for Best Actress and one for Best Supporting Actress. Her portrayal of a courtesan in Umrao Jaan (1981) won her the National Film Award for Best Actress. In 2011, Rediff listed her as the ninth-greatest Indian actress of all time. Rekha received the Padma Shri award in the year 2010, for her contribution to Indian cinema over the years. Rekha has often been compared to Greta Garbo and has been cited by the media as her Indian equivalent.

According to critic Omar Qureshi, “the term diva (in India) was coined for Rekha.” Filmmaker Sanjay Leela Bhansali labels her the “last of the great stars.”