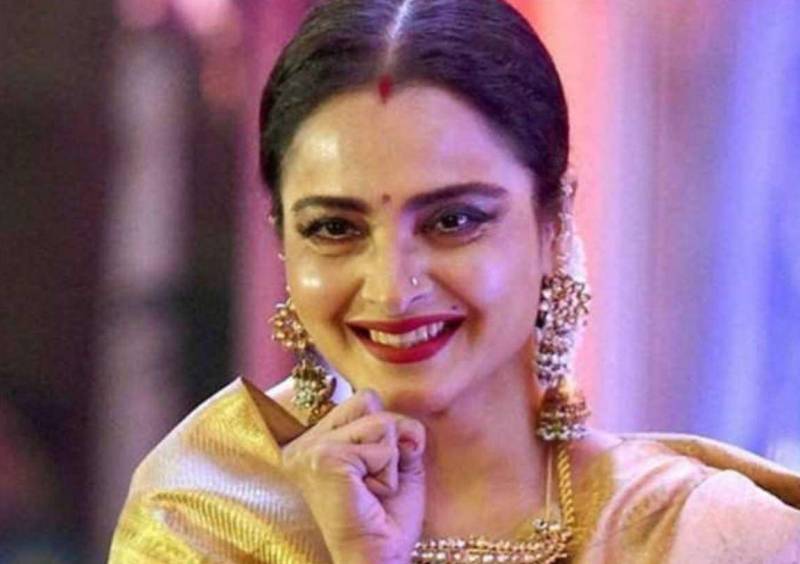 The Umrao Jaan actress gained a lot of appreciation for her outstanding performances in films however, she has also used to be in limelight for her many controversies regarding her relationships.

As her filmography showed the versatility that the actress has displayed since her debut in 1958 as a child star, her marriages have always sparked a lot of stories not only amongst her fans but amongst her costars as well.

A fashionista beyond her time, a a revolutionary artiste and a queen in all sense, #Rekha is the epitome of elegance and timelessness.

Happy Birthday #Rekha ji ♥️ Thanks for always being a strong pillar to lean on. #HrithikRoshan #RekhaJi #HappyBirthdayRekha pic.twitter.com/TSDYIjjLKo

Rekha, who hailed from Chennai, revealed how her rumored partner kept dominating her and would beat her, she revealed how she finally decided to fight back in her biography.

Her husband, Mukesh Aggarwal, ended his life a few months after their wedding in 1990. He was reportedly suffering from depression.

LAHORE -  Amitabh Bachchan and Rekha were once in love and that is no secret. Amitabh is happily married to Jaya ...