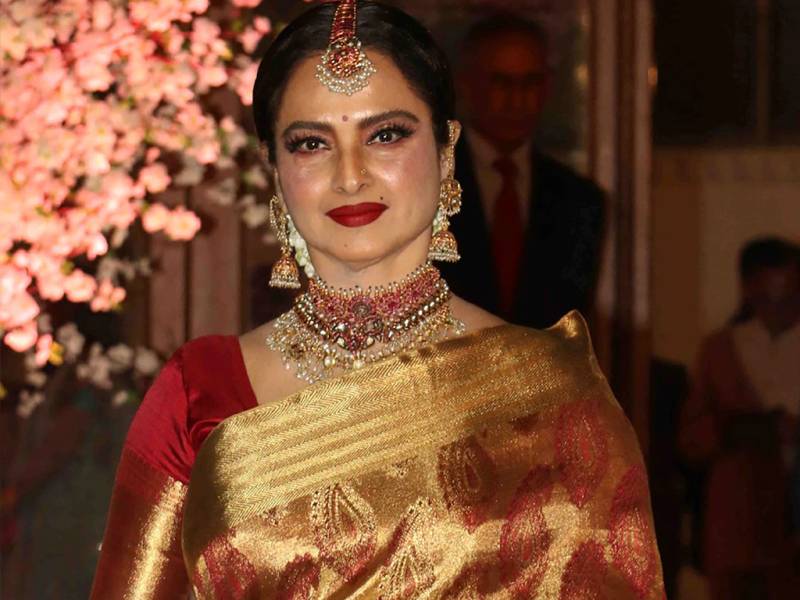 LAHORE -   Amitabh Bachchan and Rekha were once in love and that is no secret. Amitabh is happily married to Jaya Bachchan.

In a hilarious moment involving the evergreen Rekha Ji at Dabboo Ratnani’s 2019 calendar launch on Monday, she gave a funny as hell response to Amitabh's picture. A much expected response anyone would give to his/her ex!

After arriving at the event, she was posing for the shutterbugs and looked gorgeous in her jet black attire.

Rekha looked back to see where she was standing at the launch and turns out she was standing in front of Amitabh's picture to which she made a face and rushed off to the other side like she got a jolt.

That was one hilarious coincidence!