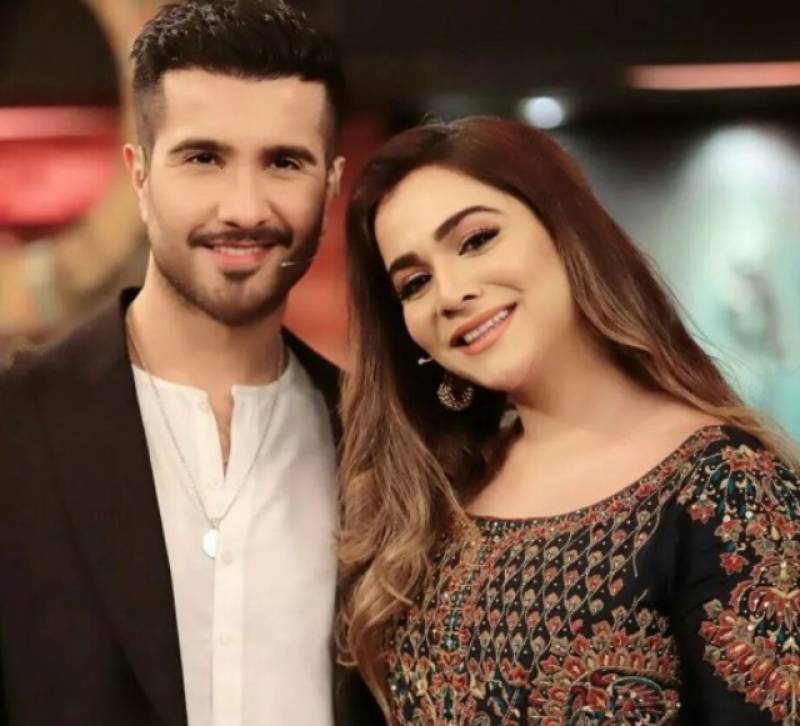 Despite the outrage expressed directed to LUX Style Awards for nominating Feroze Khan, he won an award for his role in Khuda Aur Mohabbat 3.

His sister Humaima Malick, who recently starred in The Legend of Maula Jatt, accepted and thanked her brother's fans for making the award possible and revealed that she was proud of him.

Earlier, photos of Aliza Sultan, ex-wife of Feroze Khan, with bruises started circulating on social media. This caused a stir online as the masses started to condemn domestic abuse openly and express their support for Aliza. Aliza and Feroze married in 2018 and share a son and a daughter together.

Later, Feroze released a statement, denying all abuse allegations levied against him. Calling them “baseless, malicious and untruthful”, he said as a believer of human rights, he has “never knowingly hurt another human being”.

Now, after winning at LSA, the Khaani actor took to Instagram and expressed gratitude for the constant support and appreciation awards. He took to social media to celebrate his victory at the Lux Style Awards. The actor won Best Actor (Male) People’s Choice for his role in Khuda Aur Mohabbat.