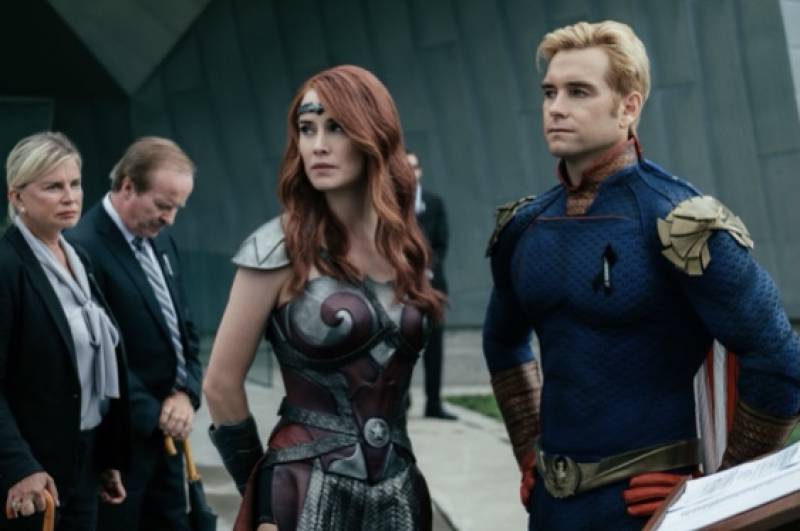 The super-hot Amazon Prime show “The Boys” is currently airing its second season weekly on Prime, and it has already scored itself a spin-off series in just about two series. According to Variety, a spin-off version for The Boys is in development and all set to make us witness the young supes at college run by Vought International – the corporation that controls The Seven. Variety describes a potential description of the spin-off as “an irrelevant, R-rated series that explores the lives of hormonal, competitive supes as they put their physical, sexual and moral boundaries to test, competing for the best contracts in the best cities. Part college show, part Hunger Games – with all the heart, satire, and raunch of The Boys.”

Amazon Studios and Sony Pictures Television will be presenting the spin-off in association with Point Grey Picture, KripkeEnterprises, and Original Film. Currently, in its second season, The Boys had the most-watched global launch of an Amazon Original series ever, crushing last season’s viewership by 89% after two weeks only.

The Boys is based on The New York Times best-selling comic by Garth Ennis and Darick Robertson. Craig Rosenberg is writing the pilot script for the spin-off and is set as showrunner. Rosenberg, Eric Kripke, Point Grey Pictures’ Seth Rogen, Evan Goldberg, and James Weaver and Original Film’s Neal H. Moritz and Pavun Shetty are executive producers.

The world of The Boys is only getting brighter since a spin-off is in works, and a third season has been confirmed already. This is a feeling of The Boys just getting started with the potential of so much more to come.