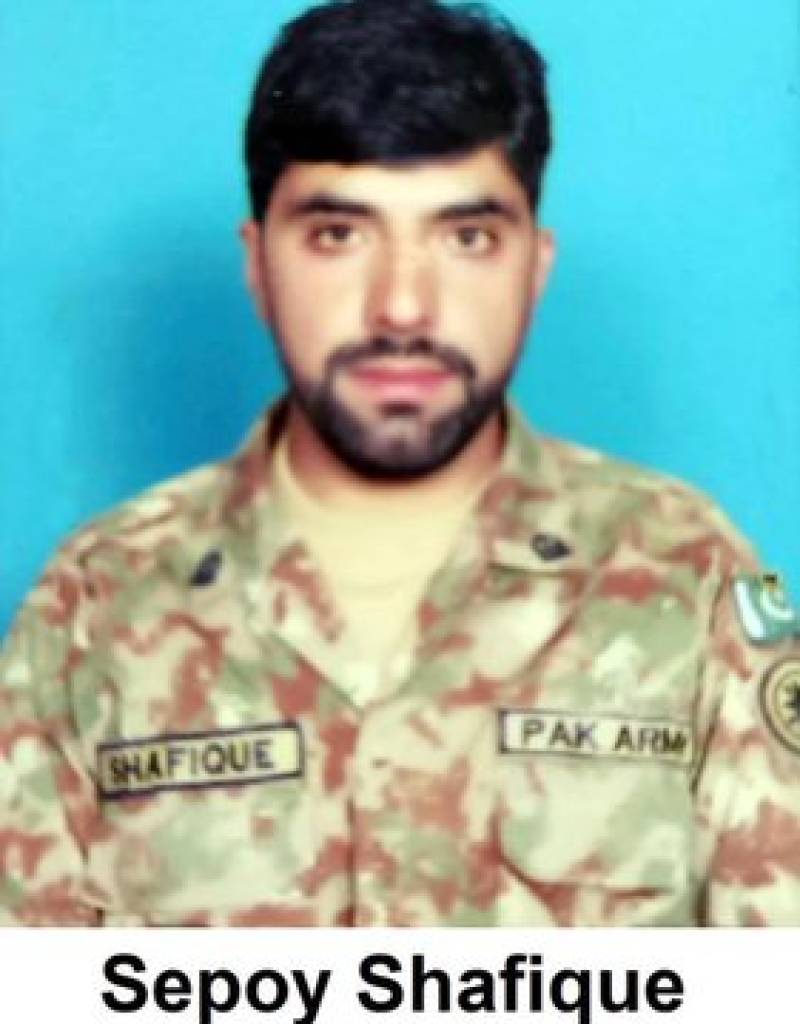 RAWALPINDI – A Pakistan Army soldier was martyred in an unprovoked fire by Indian troops from across the Line of Control (LoC), the de facto border stretched along Kashmir, the Inter-Services Public Relations (ISPR) said Tuesday.

The deceased has been identified as Sepoy Shafique, according to the military's media wing.

The Indian troops violated the ceasefire agreement in the Baroh and Tandar sectors.

A 15-year-old boy was killed also killed while four others including an elderly woman received injuries, it added.

The fire was aimed at targetting the civilian population areas along the LoC to inflict maximum casualties, the ISPR said.

“Pakistan army responded effectively, targeting those [Indian] posts which had initiated [the] fire and inflicted heavy losses on enemy in terms of men and material,” added the statement.