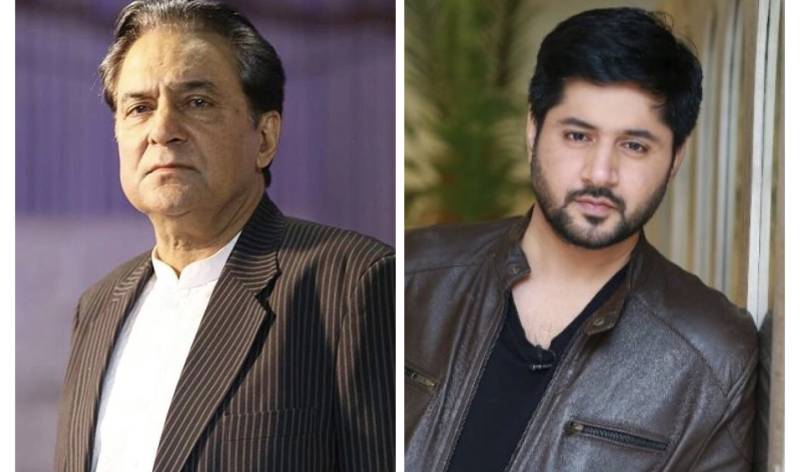 The actor’s opinion regarding Mahira’s age and her acting abilities irked many, as many defended the Raees star and others sided with Firdous due to his veteran status in the industry.

When asked to name a performer who holds a bright future in the industry, he replied, “There isn’t one.”

“The thing is all these new actors are actually models. They are all showpieces. They don’t know how to act; they don’t have the wisdom,” he added.

Comparing the actors of today's era to departmental store dummies, Firdous commented, “You know how the manager at the departmental stores some times changes their wigs or clothes or turns them into women? Unfortunately, our young actors are in the same boat.”

He even threw stellar actor Imran Ashraf under the bus, saying the role of Bhola from Ranjha Ranjha Kardi wasn't a spontaneous one.

“The character Imran did wasn’t spontaneous though. It was all pretension,” Firdous responded. “How can I explain spontaneity in acting lingo? It is different from pretension and acting . Imran has acted. This role was previously done by a lot of other actors too. They just didn’t act it – they behaved it.”

He went on to say, “The sad bit of it all is how none of you has actually seen good performances.”

The internet immediately came forward to bash him but Imran Ashraf's reply to the veteran will win your heart!

Being the humble man he is, Imran said that a veteran actor like Firdous Jamal would perform his role of Bhola 1000 times better and that he would put in more effort to improve his acting skills. Imran also requested his fans and followers to respect senior actors of the fraternity, and not send hate his way.

Previously, talking about Mahira, the veteran actor had said, “Sorry to say, she is not heroine stuff. She is a mediocre sort of a model. She is not a good actress and not a heroine,” he said.