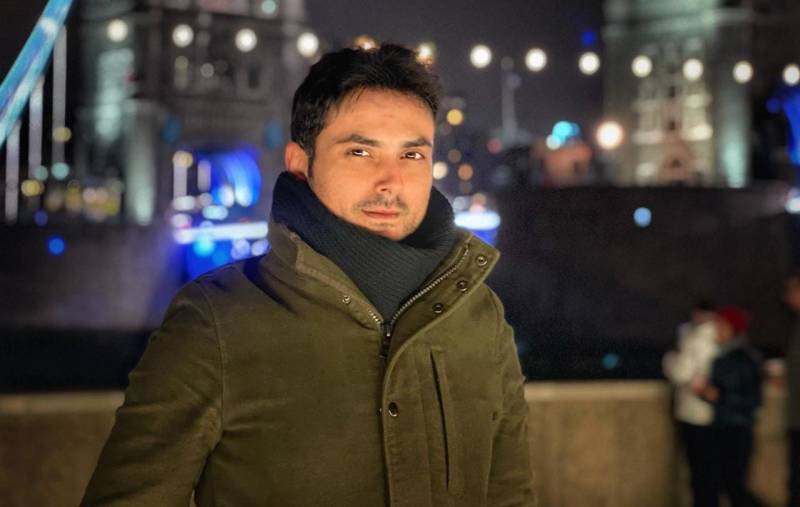 Bilal Lashari is Pakistani entertainment industry's reigning champion who has his mettle proved in the field of acting, direction and cinematography.

The 38-year-old accomplished director and occasional actor has many films under his belt, but he gained popularity for his directorial debut Waar, which left the audience in awe and surprise.

Following the record-breaking success of Waar, Lashari announced his plans to direct The Legend of Maula Jatt. As the release of the film is near, the Chal Bulleya director gave some insights into his objectives for the next few years.

The Sajni music video director, along with his parents, recently sat down during an exclusive interview with Sohail Warraich in Aik Din Geo Ke Saath to discuss his plans related to his private life.

While Lashari shared his future plans about his private and professional life, his parents chimed in response to his marital status. Lashari's mother suggested that she wishes to see her son married off soon, although the mother of the Khuda Kay Liye assistant director left it upon him to decide when it happens.

The host, Warraich, also questioned Lashari about the same matter to which the Lux Style Award for Best Music Video Director winner said, "I am too occupied with film-making for the past few years, and hardly have any time to give marriage a thought. Now that I'm a bit relaxed, there's a huge chance I will consider settling down and eventually getting married."

On the work front, Lashari's most-hyped, record-breaking project The Legend of Maula Jatt with its star-studded cast is slated for a release on October 13.