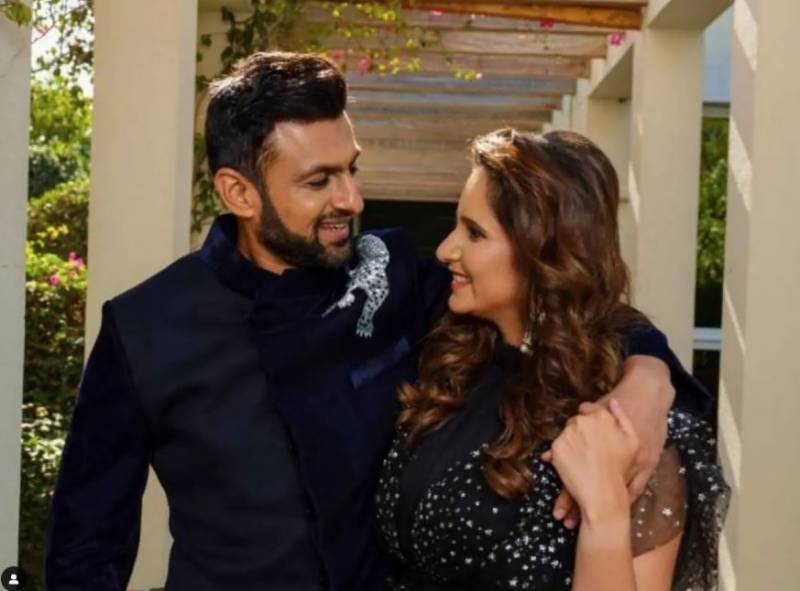 Sania also garnered attention after sharing solo pictures on her official Instagram as she keeps her fans guessing with her silence over the rumours.

Amid rumors, Pakistani actor Imran Abbas shared some of clicks of his presence in the upcoming “Mirza Malik Show” hosted by Pakistani Indian power couple.

In one of the pictures, the two can be seen standing shoulder to shoulder that left social media users more confused about the recent reports.

Earlier, Sania cropped her out from behind the scene clicks of the upcoming reality show. The reality show's announcement also left the fans confused. Many even called divorce rumors a 'publicity stunt'.

Shoaib wished Sania on her 36th birthday but she has not reacted or replied to the post. Malik also tried to clear the air when asked about his marriage. The seasoned cricketer refrained to share details and briefly asked the interviewer to ignore the rumors.

Sania Mirza and Shoaib Malik have been married for 12 years and are parents to a cute baby boy Izhaan. While there have been speculation about their divorce, fans are waiting for Shoaib and Sania to clear the air.