ISPR adds to Modi's miseries with 'damaging' proof against IAF 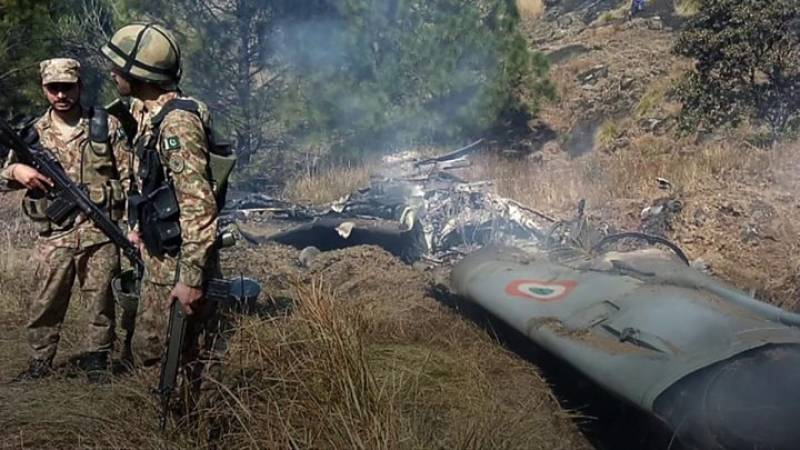 RAWALPINDI - Pakistan Army's media wing served a fresh blow to the Indian Air Force and Prime Minister Narendra Modi as it unveiled a proof negating claims about the downing of Pakistan's F-16 jet in February's dogfight.

Maj Gen Asif Ghafoor, the Director General of Inter-Services Public Relations (ISPR), took to Twitter and disclosed that Pakistan has been in possession of the remains of all four missiles carried by the MiG-21 aircraft which crashed in Pakistan's territory after the Feb 27 clash.

The armed forces spokesman also shared pictorial evidence to bolster his claims stating that the 'seeker heads' of all four missiles were intact which means they were never fired.

IAF claim of hitting F-16 by their Mig 21 before having been shot down by PAF gets exposed. All 4 missile seeker heads recovered intact from the wreckage & held. Pakistan and its professional Armed Forces staying humble by not drum beating. We have more truth on this to share. pic.twitter.com/jOklFU7GDJ

Major General Asif Ghafoor continued that we [Pakistan] had more truth to share regarding the incident - which had brought the south-Asian neighbours to the brink of a full-blown war.

The disclosure negates Indian Air Force's repeated claims that its MiG-21 Bison had fired at, and shot down, a Pakistani F-16 aircraft before being shot down itself.

The revelation also coincides with the observation of two senior U.S. defense officials who told Foreign Policy magazine that after a count of Islamabad’s F-16s, none of the planes were missing.

Earlier in the day, Pakistan military's spokesperson had advised India to speak the truth about false claims and actual losses on its side including the second aircraft shot down by Pakistan while quoting the same report by Foreign Policy.

Pakistan and India engaged in an aerial clash in February after the latter accused Islamabad of playing a part in Pulwama attack in which over 40 Indian soldiers were left dead.

India violated the Line of Control and claimed to have carried out a surgical strike at Balakot area in Pakistan - a claim vehemently disputed by Islamabad.