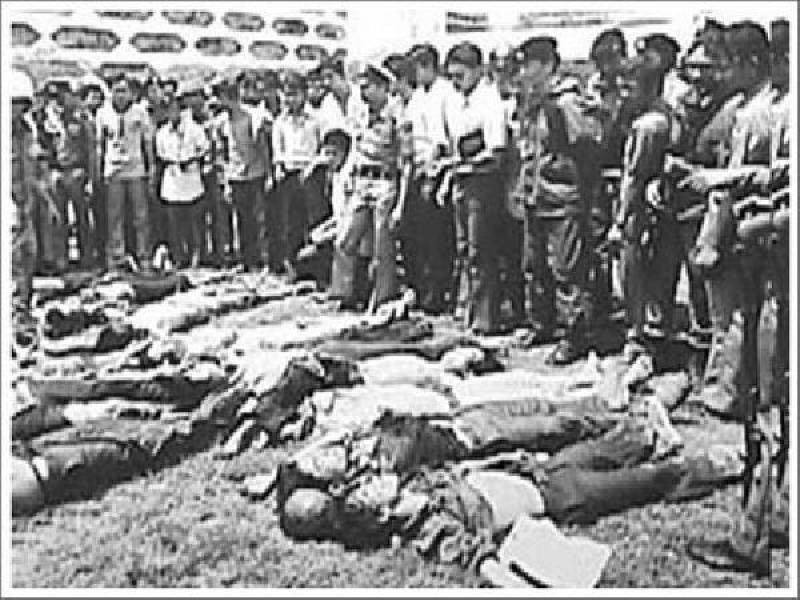 JAKARTA (Web Desk) - As Indonesia marks fifty years of the beginning of 1965's genocide on October 1 this year a new movie "The Look of Silence" has exposed alleged role of United States in the deadly event which left over one million dead.

The movie has been produced by Joshua Oppenheimer and is based on the story of a man, Adi Rukun, who is confronting the killers of his brother. In 1965 Rukun's brother was murdered by a paramilitary force Komando Aks in Aceh. The documentary also alleges that US provided Indonesian army with financial assistance and intelligence support at the time of mass killings.

"We know that U.S. embassy officials were compiling lists of thousands of names of public figures in Indonesia and handing these to the army and saying, 'Kill everybody on these lists and check off the names as you go, and give the lists back to us when you’re done'" - filmmaker Joshua Oppenheimer.

The filmmaker previously produced a documentary "The Act of Killing" in 2012  in which he interviewed the Indonesian death squad leaders and worked with them to re-enact the real-life killings. The film was nominated for an Academy Award.

Earlier a large number of human rights activists have been writing petitions to US government to acknowledge its alleged role in the genocide.