Crazy: Philippines is killing small time drug-dealers on the streets without any due process 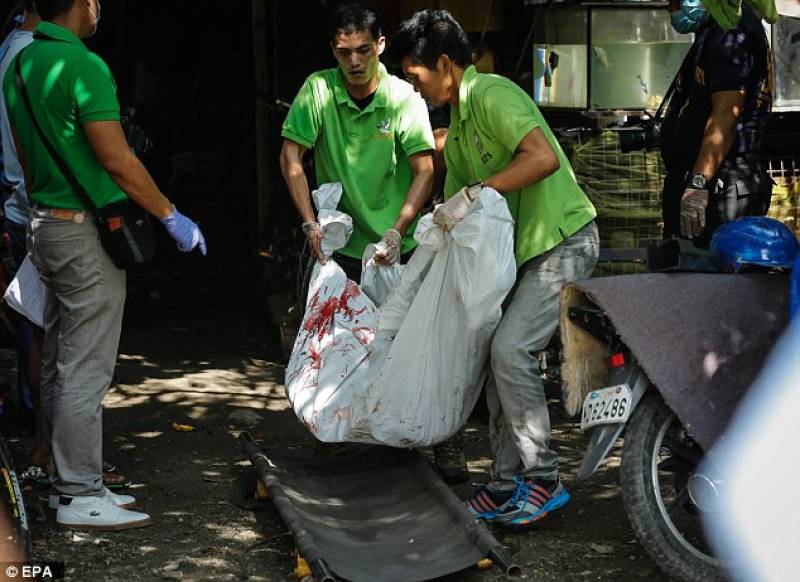 Harrowing pictures of drug dealers are going viral over the internet who were brutally killed by authorities. Human rights activists are concerned over the illegal procedure opted by Philippines to get rid of drug peddlers.

President Rodrigo Duterte, who categorically vowed to eradicate drug dealing during his electoral campaign, is now in full form to execute his plan but the procedure opted by the leader is widely slammed.

More than 600 suspected drug users or dealers have been killed by police or vigilantes in the Philippines in less than three months according to data put forth by human rights groups bucking the official toll of 465 casualties.

On the other hand, the President had announced his vision regarding the drug dealers on July 25.

"Double your efforts. Triple them, if need be. We will not stop until the last drug lord, the last financier, and the last pusher have surrendered or put behind bars -- or below the ground, if they so wish," he said.

He said that the impact of drugs in the community made him "really angry. I've always been angry, even as mayor."

Moreover, a government spokesperson has gainsaid the allegation levelled against President citing the unlawful killings of drug mafia.

"(The) government is here to save our people from the drug menace and punish the offenders, including the big-time ones. The PNP (Philippines National Police) continues to investigate situations involving vigilante killings and operational aspects where deaths are reported."