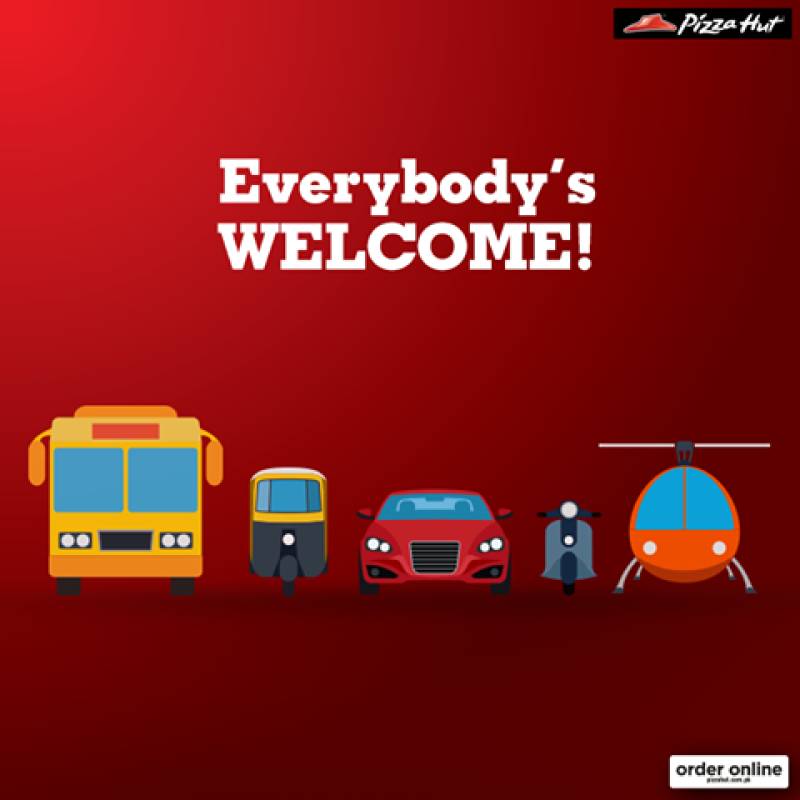 KARACHI (Web Desk) - Taking a sarcastic jibe at Cafe Flo (for their refusal to let a man with motorcycle dine in), Pizza Hut has announced that it welcomes locals without any social discrimination and anyone can come over to the food chain for satisfying his/her hunger.

Related: If you ride a motorbike you can’t enter this Karachi restaurant because you are “suspicious”

The food chain, in a bid to troll cafe Flo, posted a picture with a caption depicting that the food chain believes in serving anyone beyond social status.

Soon after the picture was posted, it went viral and locals shared their opinion over the move. The comment section on the post was filled with drama and people even went as far asking that whether their transport option being a bicycle would affect their entry status at Pizza Hut. The eatery responded with welcome to everyone.

The post has been shared for over 500 times. Foodies felt satisfied and elated by this gesture from Pizza Hut.

Earlier, Cafe Flo reportedly refused a man entry who was on a bicycle. The move sparked outcry on social media on counts of discrimination.