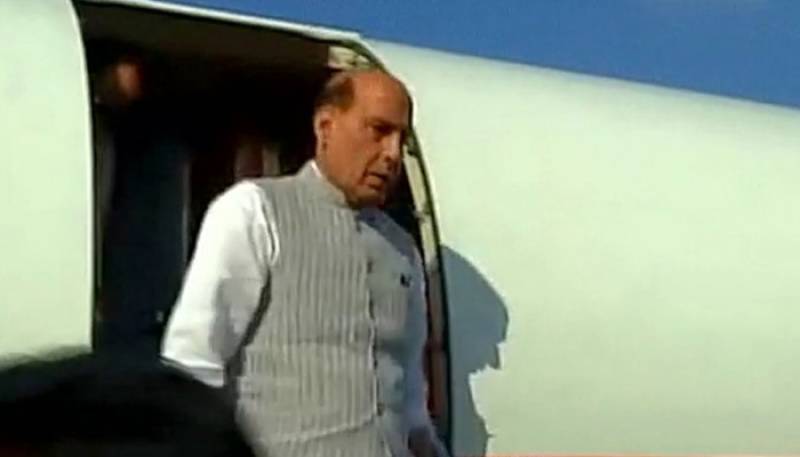 ISLAMABAD (Web Desk) - On Thursday several media reports suggested that Indian Home Minister Rajnath Singh was pushed to silently leave the SAARC meeting during the speech of his Pakistani counterpart and now it has been revealed that he also repeatedly went to the washroom to use his mobile phone while the conference was underway.

An Islamabad-based news agency claimed that during the Thursday's meeting of SAARC Interior Ministers which lasted for some three hours, Rajnath went to the toilet for six to eight times.

"The Indian minister was in contact with top officials in New Delhi via his phone, and he, again and again, went to the washroom to inform them about the proceedings of the meeting," the report added while quoting unnamed sources.

It is also worth mentioning here that Interior Minister Chaudhry Nisar Ali Khan had presented a blunt stance on the Indian atrocities in Occupied Kashmir during the SAARC meeting in Islamabad.

Nisar at one point outrightly said that there is a difference between terrorism and struggle for freedom probably referring to the uprising in Kashmir.

"The violence being committed against the innocent people of Indian Kashmir is open terrorism," Nisar said during his extempore address as Pakistan’s interior minister.

The Indian delegation led by Rajnath Singh left the meeting and did not talk to media at the airport as well.