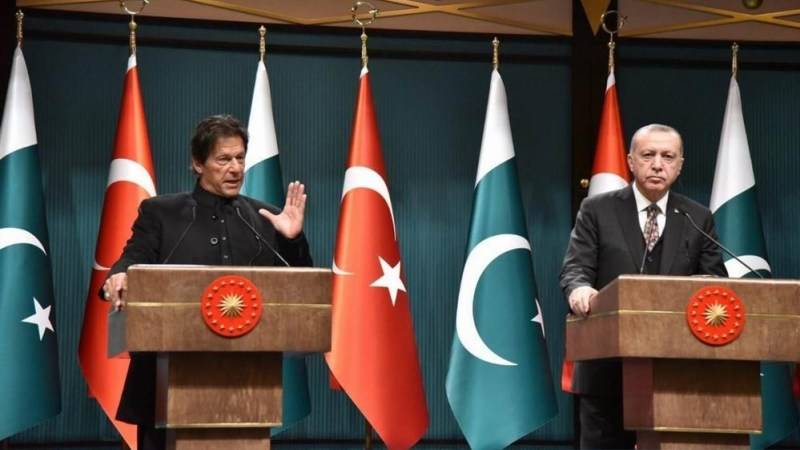 The premier said that India's illegal actions to modify the special status of the Indian Occupied Kashmir would have serious implications for the regional peace and security.

He reiterated that Pakistan would continue its diplomatic, moral and political to the just cause of Kashmiri struggle for their right to self-determination, as enshrined in the United Nations Security Council resolutions.

President Erdogan shared the concerns on the developing situation in the Indian Occupied Kashmir and assured of Turkey's steadfast support in this regard.

Before his contact with the Trukish president, Khan apprised his Malaysian counterpart Dr. Mahathir bin Mohamad of the recent developments in the Indian Occupied Kashmir, saying this illegal move over the status of Indian Occupied Jammu and Kashmir (IoK) would deteriorate the peace and security of the region and further undermine the relations between the two neighbors with strategic capabilities.

Yesterday, the PM condemned the "irresponsible, unilateral and irrational behaviour" by India in the disputed Kashmir territory, with the country's top civilian and military leaderships warning New Delhi's crackdown was destabilising the region.

Khan was speaking at a meeting of Pakistan's National Security Committee in the capital Islamabad on Sunday, following an escalating crackdown in Indian-administered Kashmir that has seen the deployment of thousands of troops, parts of the territory completely locked down, political leaders arrested and telecommunications cut off.

"The recent Indian measures will increase the levels of violence and turn this area into a flashpoint and a destabilising factor in the midst of two strategically capable neighbouring countries," it said.

Meanwhile, the three Jammu & Kashmir’s most prominent politicians — Mehbooba Mufti, Omar Abdullah and Sajad Lone — have been placed under house arrest amid a massive security build-up in the occupied region. Internet services and mobile services were suspended in several places and all public gatherings were banned in Srinagar district as Section 144 was imposed from Sunday midnight.