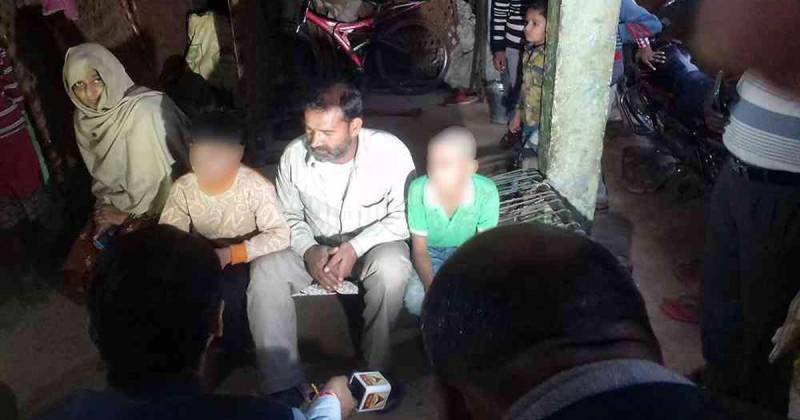 NEW DELHI - Amid tall claims of rising secularism in India, two kids were summoned by the police in Uttar Pradesh’s Bulandshahr district regarding a violence in which a policeman and a civilian were killed.

The kids 11,12 visited a police station in Siyana town for the first time on Monday evening in a case that stemmed out of a cow slaughter incident in which seven other Muslims were also named.

The case was filed by police hours after a mob led by Hindutva activists brought animal carcasses in a tractor trolley to the Chingrawathi police post and alleged that the carcasses were of cows that had been freshly slaughtered in a field in neighbouring Mahaw village.

When the police grilled to find out the truth, they began throwing stones and in the escalation, the mob ended up killing Inspector Subodh Kumar Singh and a civilian besides setting a portion of the police post on fire.

Police filed a first information report on the mob violence and filed another FIR after a man named Raj nominated 7 Muslims alleged to have been slaughtering a cow. They were identified by Raj as: Sudaif Chaudhary, Ilyas, Sharafat, Anas, Shajid, Parvez and Sarfuddin.

The FIR was filed under sections of the Uttar Pradesh Prevention of Cow Slaughter Act, 1955, and under provisions of the Indian Penal Code pertaining to “insult to religion”.

On Monday evening, police teams came to the village to identify the seven accused men. Residents of 50-odd Muslim homes in the village assembled at an intersection and police called out the seven names, one by one.

Upon this, the villagers told police there was no adult residents by the name of Sudaif. They said there used to be two men named Ilyas but both of them left the village with their families around 10 years ago. Unfortunately, the two minors were the only ones who had names the police had called out following which the police asked the parents of the two boys to visit the police station.

In his complaint, Raj said that the carcasses were found on a farm owned by a person identified as Rajkumar Chaudhary; he too has been named in the case of violence.

However, as per Indian publication Scroll, no one from villages Nayabaans and Mahaw had seen carcass as claimed by Raj; the police also did not have any clear information on the matter.

Raj's claims also appear misleading as the tehsildar of Siyana, Raj Kumar Bhaskar confirmed that he had visited the area and it looked like the carcass was several days old, displayed for all to see.

Raj Twitter timeline is filled with warnings related to anyone who kills cows.

The summoning of juveniles by the police on top of flimsy grounds about the carcass and ignoring the mob violence lays bare the 'secularism' and justice system in Narendra Modi's land.

*Names of kids have been intentionally concealed.