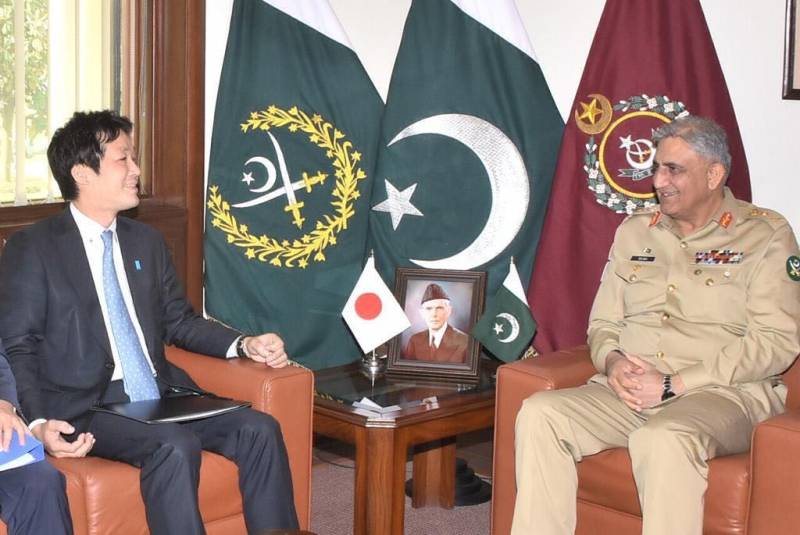 During the meeting at the General Headquarters, matters of mutual interest including bilateral security cooperation and overall regional situation were discussed, stated a communique issued by the media wing of armed forces.

'The worthy guest fully supported the peace in Afghanistan through political reconciliation,' it added.

The meeting comes at a time when US President Donald Trump has sought the help of Islamabad in reaching a peace agreement for stability in war-torn Afghanistan.

The Republican leader has forwarded a letter to Prime Minister Imran Khan in this regard. Moreover, US envoy Zalmay Khalilzad has also met the premier and Foreign Minister Shah Mehmood Qureshi to discuss a peace plan for Pakistan's western neighbour.