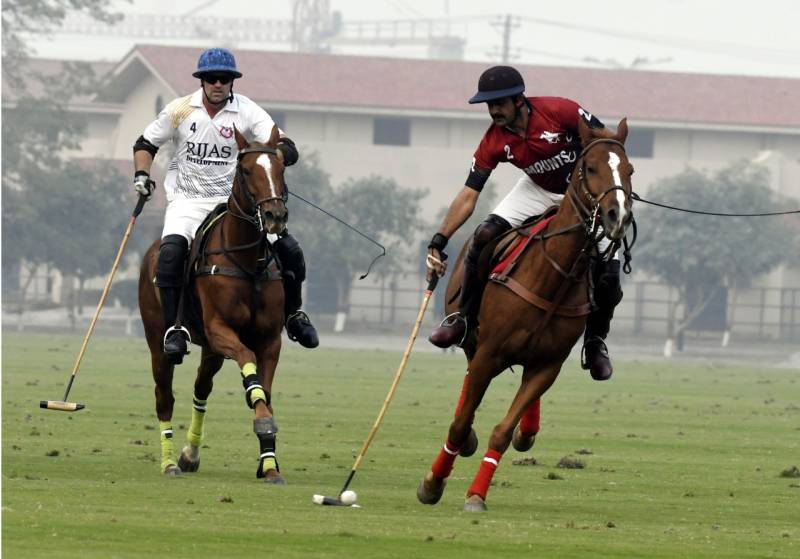 LAHORE – Remounts clinched another eight-goal title by beating Rijas Development/Master Paints by 7-5 while Faysal Funds won the subsidiary final of the Corps Commander Polo Cup 2021 sponsored by Diamond Paints that concluded here at the Jinnah Polo Fields (JPF) on Sunday.

With this title victory, Remounts completed the hat-trick of titles in this polo season of Pakistan. Their superb performances in the high-goal events show the quality of their players, horses and collective efforts that are helping them win back-to-back titles. "We are training hard and it's a team work and collective efforts, which are bearing fruit for us. We are hopeful of doing well in the coming events and try to win more titles in this polo season," said Raja Temur Nadeem of Team Remounts.

ALD Imran Shahid was the hero of the winning side as he played superbly amused the spectators with his quality pony and mallet work. He was top scorer of the final with a classic contribution of a quartet while his teammates Nicolas Antinori and Raja Temur Nadeem also played well and converted two and one goal respectively.

The players of losing side also matched fire-with-fire till the end, but Remounts played better polo and dominated the day and final. From Rijas Development/Master Paints, the contribution came from Mannuel Carranza (3 goals), Mumtaz Abbas Niazi (1 goal) and Faisal Shahzad (1 goal), but their efforts couldn’t bear fruit for their side, which lost the final by 5-7.

Remounts were off to a flying start as they dominated the first chukker fully by hammering a hat-trick of goals to take 3-1 lead and then banged in a brace in the second chukker to stretch their lead to 5-0. Rijas Development/Master Paints made their presence felt in the dying moments of the second chukker when their converted a field goal to reduce the margin to 5-1. They continued their good show in the third chukker by thrashing in two more goals to further reduce the margin to 5-3. The fourth and decisive chukker saw both the sides playing well and converting two goals each with Remounts emerging as title winners with a score of 7-5. Amir Raza Behboudi and Tomas Reinoso officiated the final as field umpires.

Earlier in the subsidiary final, Faysal Funds played well against BN Polo/Diamond Paints and outsmarted them 4-2 to register a tremendous triumph. Waqas Khan emerged as star of the day from Faysal Funds, as he contributed with a beautiful brace from the winning side while his teammates Tomas Reinoso and Sheikh Muhammad Raffay also played well and slammed in one goal apiece. From the losing side, Tomas Marino converted both the goals.