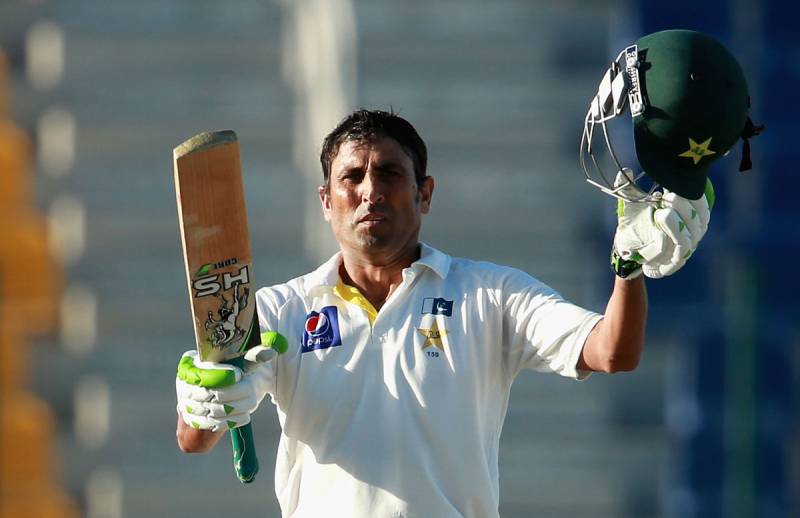 SYDNEY - Pakistani cricketer Younis Khan on Thursday became the first player in the history of Test cricket to score centuries in 11 countries, including the United Arab Emirates.

The seasoned player bagged his 34th century at the Sydney Cricket Ground on the third day of the third Test against Australia, tying him with Sunil Gavaskar, Mahela Jayawardene and Brian Lara in the all-time list at 6th place.

Besides Younis, former Indian skipper Rahul Dravid is the only cricketer to score centuries in all 10 full-member Test nations, with 36 centuries in his career.

Another interesting aspect is the fact that the last time a batsman older than 39-year-old Younis scored a century in Australia was in 1984 when Clive Lloyd hit a ton, at the age of 40 in Brisbane. Overall, Younis is the sixth-oldest visiting batsman to score a century in Australia and third oldest at the SCG after Jack Hobbs and Warwick Armstrong.

Younis is famous for scoring centuries frequently. His innings per Test century ratio of 6.05 is among the best in the modern world.

The cricketer dedicated his innings to children of The Citizen Foundation in a video message.

His sixth double century at the Oval last year is a record that he now shares with Javed Miandad.

The ratio of Younis' centuries to fifties is 1.06, he has converted 11 of his last 15 fifties into hundreds, which is another remarkable distinction.

This is the second highest among 41 batsmen who have scored 20 or more centuries. Overall, Younis has 34 centuries and 32 fifties in Test cricket.

After scoring mere 211 runs, Younis Khan would join the club of current 12 cricketers who had already scored over 10000 runs in Test format.