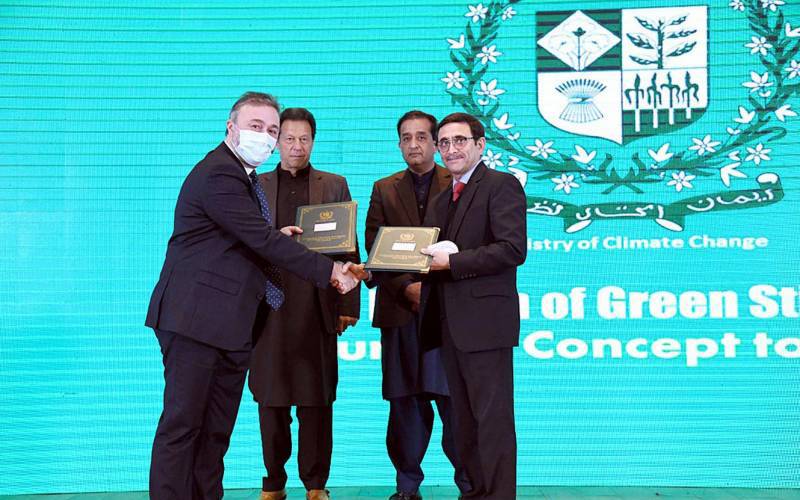 Reports in local media said the amount will be used for 14 green initiatives across Pakistan. Prime Minister Imran Khan witnessed the signing of the agreement.

The agreement under the “Green Stimulus – Turning Concept into Reality” program aimed to increase forestation and conservation of ecosystem to tackle climate change challenges in the South Asian country.

Speaking on the occasion, the premier who attended the ceremony as the chief guest, highlighted the importance of increased forestation and conservation of ecosystem in tackling the challenges of climate change and urged the nation to play their role in protecting the country’s environment for future generations.

“As Pakistan, despite contributing less than 1 percent in world carbon emissions, is unfortunately among the 10 most vulnerable countries, it is very important for Pakistanis to think as a nation and protect our future generations,” state broadcaster’s report quoted Khan as saying.

He also mentioned his various initiatives taken by the PTI government, including the 10 Billion Trees Tsunami Programme, the establishment of national parks, and digital cadastral mapping to protect existing forests, to mitigate negative effects of climate change.

Stressing the need to protect green areas in and around urban centers, he said canals, rivers, water streams and air were being polluted in cities like Lahore, which was threatening the lives of people, especially the elderly and children.

Earlier, PM’s aide on Climate Change Malik Amin Aslam said the Green Stimulus initiative would “generate 135,000 jobs in the next nine months across all provinces.”  Its thematic areas would include forestry, protected areas, clean green cities, and electric mobility, he said.