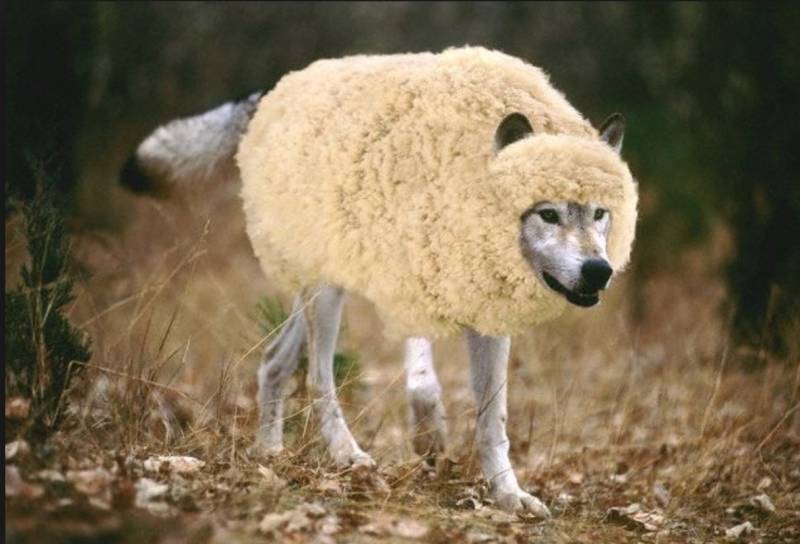 A wise man once said the whole world is run on bluff. But these men from different times actually proved it, turning the situation in their favour.

Here are eight greatest bluffs in history that actually paid-off.

1) The Man Who Never Was

Juan Pujol Garcia was refused entry into MI5 because he did not have any semblance of experience in the spy business. He then decided to become a freelance double-spy from his home in Spain, feeding false information to the Nazis using a tourist's map of Britain. 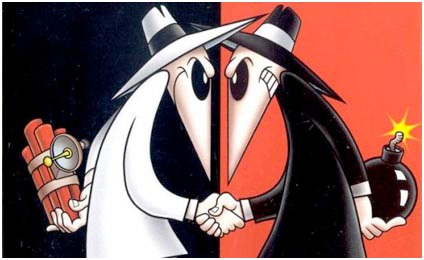 He invented himself a network of spies that fed him information, later grew to become 27 persons; so many spies that Germany stopped sending spies to Britain. He eventually was recruited by MI5 which helped him score a few needless hits so the Nazis would not understand what is going on.

He eventually was put on operation overlord, feeding false information about the landing being in pas-de-calais. When the landing eventually happened not at pas-de-calais, he sent a pre-dated letter explaining in details the actual landing. The Nazis were amazed at the exactitude of the (late) info.

He also faked the death of one of his fake guy, who became ill and could not see a very real battleship leaving Scotland. Garcia put a fake obituary in a real journal, and convinced the Nazis to pay a real pension to his fake widow.

Interestingly, he won both the German Iron Cross and Order of the British Empire. 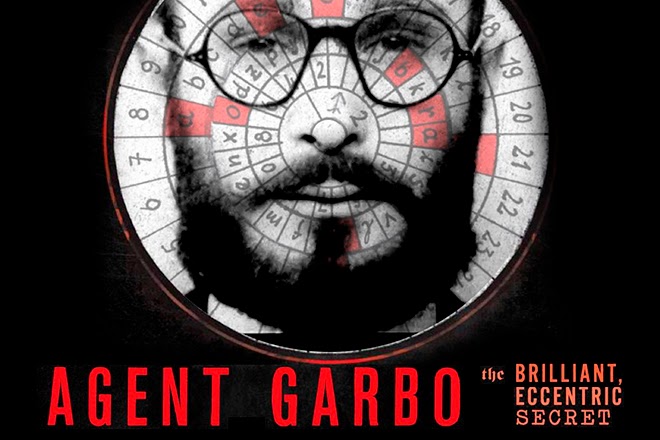 Ali Dia, a modestly talented African soccer player, somehow convinced a Premier League club, Southampton, into believing he was one of the continent's best players. They signed him and he got to play in one match before it became clear they'd been hoaxed. (Though he did almost score a goal!) 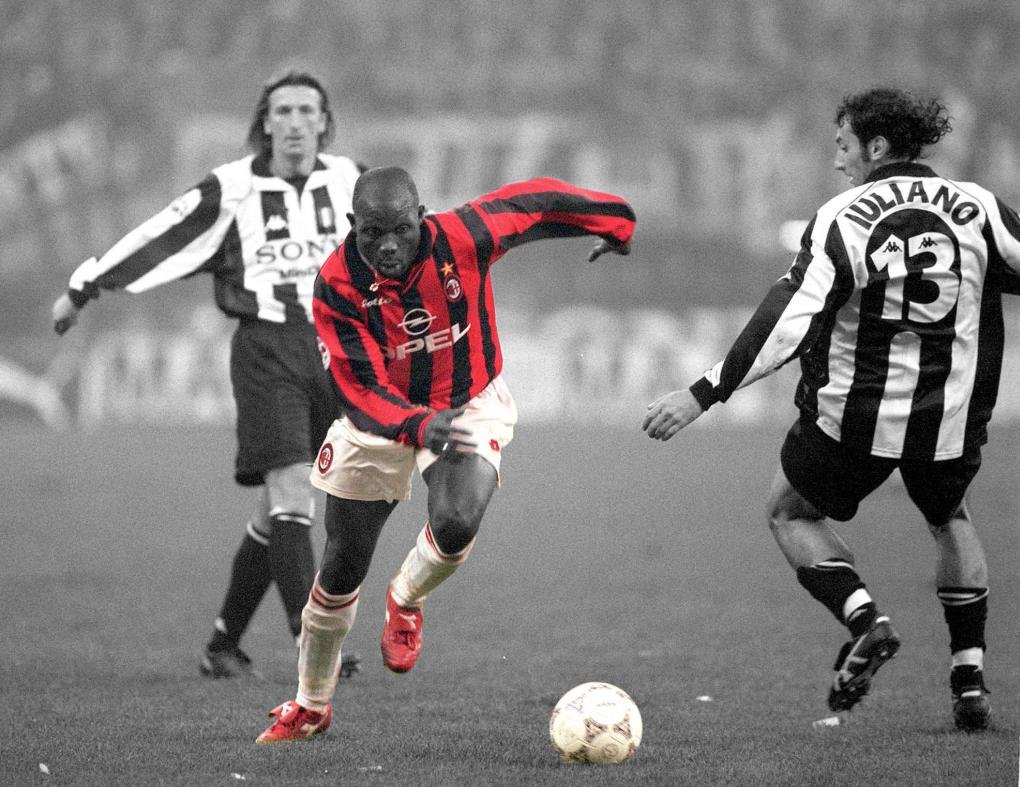 3) The Gift of Genghis Khan

Under the siege of a Chinese fortress he announced that he would end his siege in exchange for a gift of a thousand cats and ten thousand swallows. The fortress commander gratefully complied. 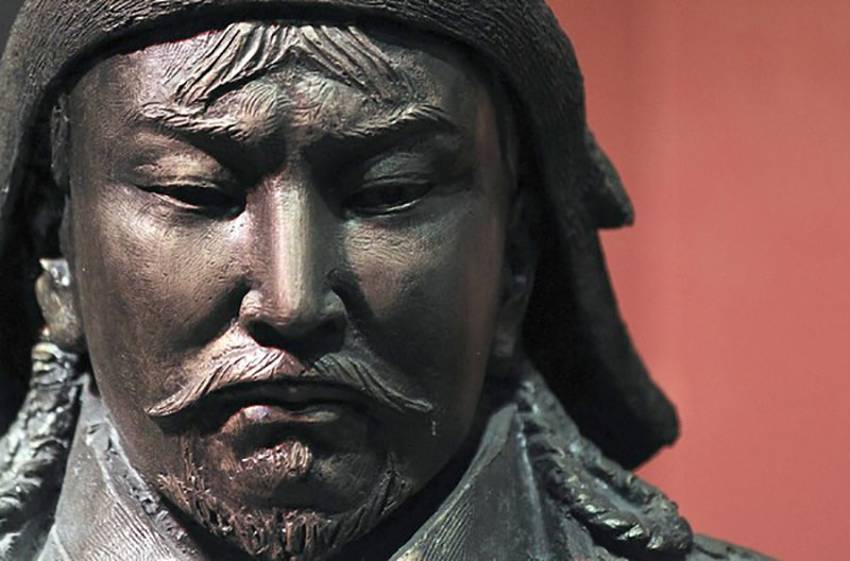 After the animals arrived in the Mongol camp, Genghis Khan ordered his men to tie a small cotton-wool tuft to the tail of each creature then set the tuft afire. When the panicked and frightened animals were turned loose, they made directly for their nests and lairs and igniting hundreds of small fires.

While the defenders were preoccupied with putting out fires, Genghis Khan's warriors stormed the city in conquest. 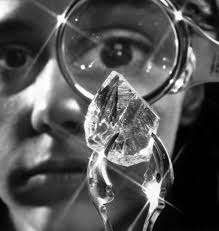 The biggest diamond ever mined was the Cullinan diamond, mined in South Africa. Getting it back to England was seen as a bitch of a security issue. They had a fake steamer with armed guards and a safe with a fake diamond inside it - if someone wanted to steal it, why not hit the steamer.

Instead they sent it recorded delivery in a box.

In Poland, during WWII, two doctors accidentally discovered a way to create a false positive in the test for Typhus. The Nazis were terrified of Typhus (there had been massive outbreaks in camps that had started spreading to German soldiers) BUT, the doctors knew it was rare for Nazis to kill Poles with Typhus. And, once a Pole was confirmed with Typhus, they could never be taken to a concentration camp, regardless of whether they recovered. 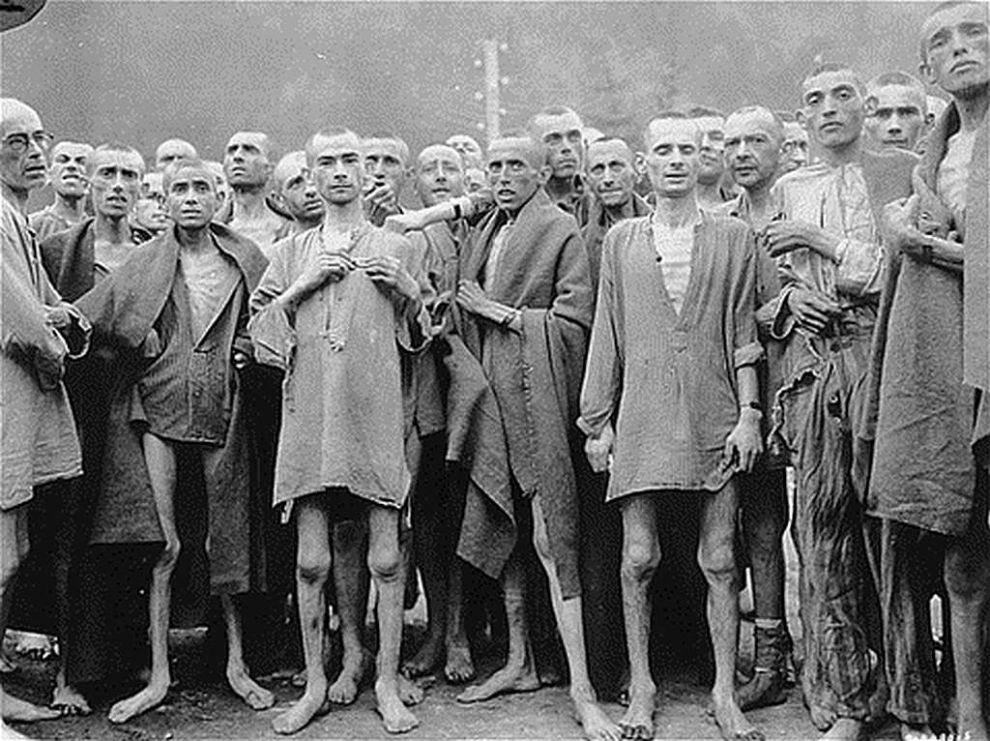 So, the doctors injected thousands of people in their town with this experimental solution that created the false positive for Typhus. Over the course of about a year and a half, they successfully tricked the Nazis into thinking the town was undergoing a deadly, sustained Typhus epidemic, to the point where all Nazi forces were removed from the town. 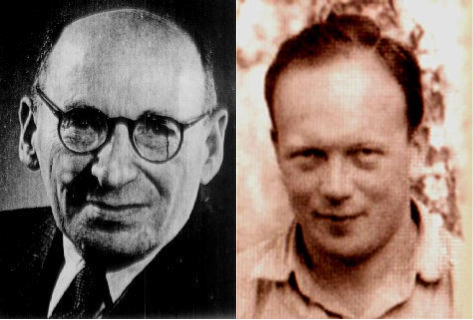 They're credited with saving over 8,000 lives. Aside from the two doctors, not one person from the town nor a single Nazi knew the outbreak was fake and in fact not one person had actually died of Typhus, or had it at all. The plan worked so well that the Rozwadow Typhus epidemic stayed on the record books for nearly 20 years before the doctors finally revealed the evidence proving it was fake.

Antoine-Augustin Parmentier was an advocate for potatoes in Europe. People in Europe weren't too keen on potatoes so he did this.

Parmentier therefore began a series of publicity stunts for which he remains notable today, hosting dinners at which potato dishes featured prominently and guests included luminaries such as Benjamin Franklin and Antoine Lavoisier, giving bouquets of potato blossoms to the king and queen, and surrounding his potato patch at Sablons with armed guards to suggest valuable goods. 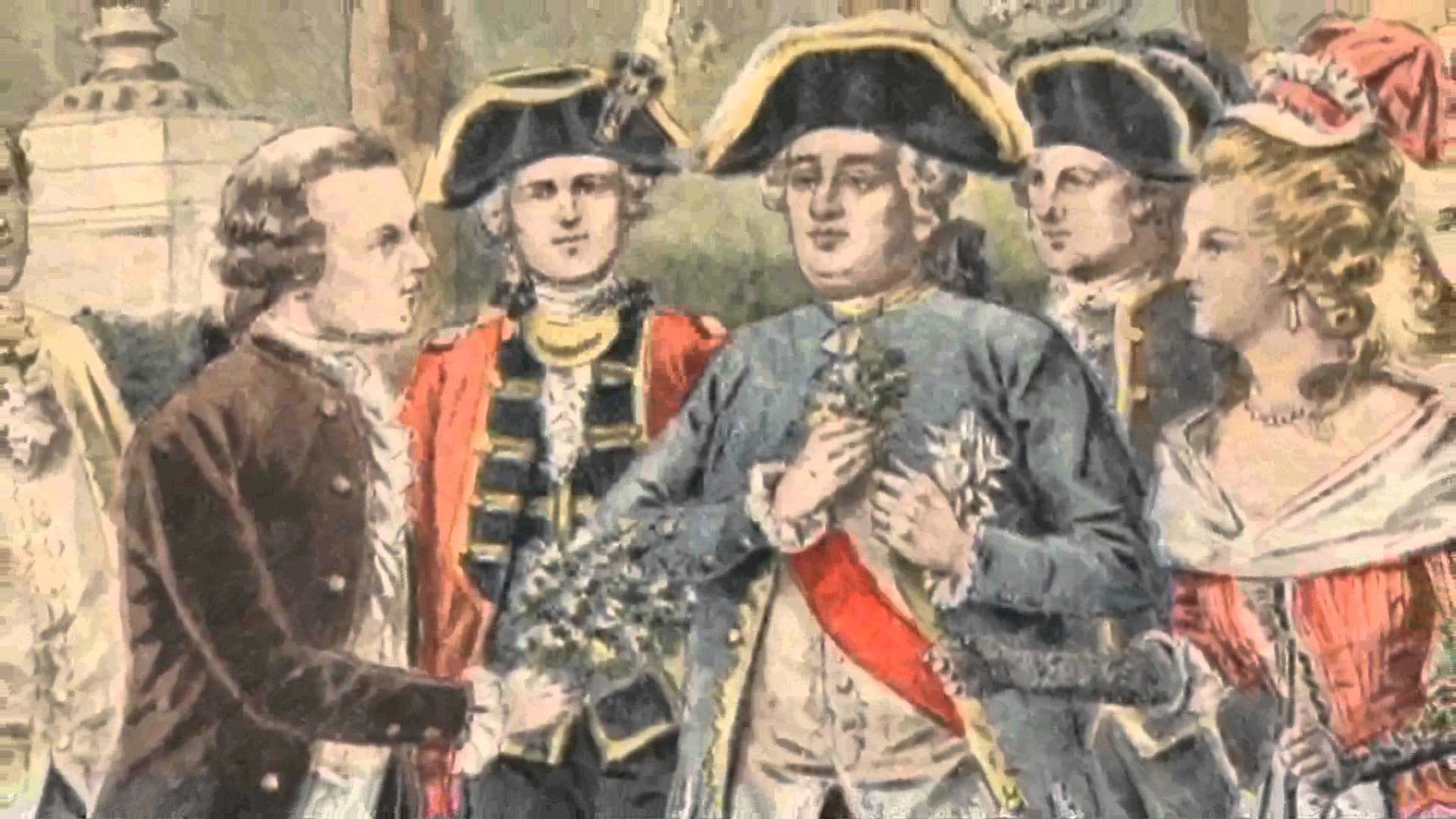 He then instructed them to accept any and all bribes from civilians and withdrawing them at night so the greedy crowd could "steal" the potatoes.

On his fourth voyage, Columbus found himself stranded in Jamaica. The locals were initially cooperative, but after a year or so got sick of Columbus' crews douchbaggery, and basically wanted them gone. Columbus had a star almanac with him and noticed a lunar eclipse coming up, so he called the natives together and told them that his god was mad they had started to become so inhospitable, and was going to take the moon out of the sky. 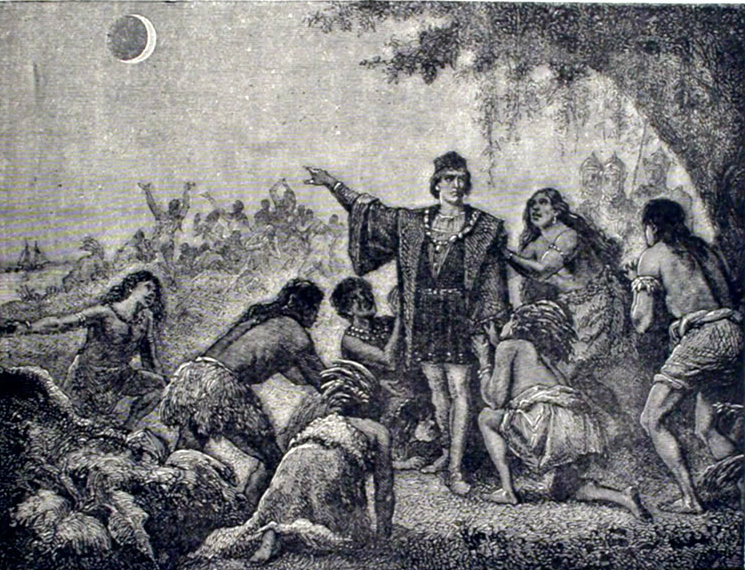 Sure enough, when night came the moon slowly turned red and everyone begged Chris to make it stop. He said he had to go pray about the whole thing, and locked himself in his cabin with an hourglass waiting until he knew the moon would be coming out of the shadow, came out and basically said okay, God says he'll bring the moon back if your start supplying us again. (which they did)

During WWII the British Army hired a magician, who formed a team of con artists. They were the inventors of desert camouflage (using BBQ sauce and camel poo) and built fake palm trees with radio stations.

But their most impressive operation was saving a city from German air raids. Every night, the city, close to a bay with a high strategic value, would switch off every light. Then, in the next bay over, indistinguishable at night from the real one, a fake city would switch their own.

The Germans would bomb the fake one, and leave the real deal alone. 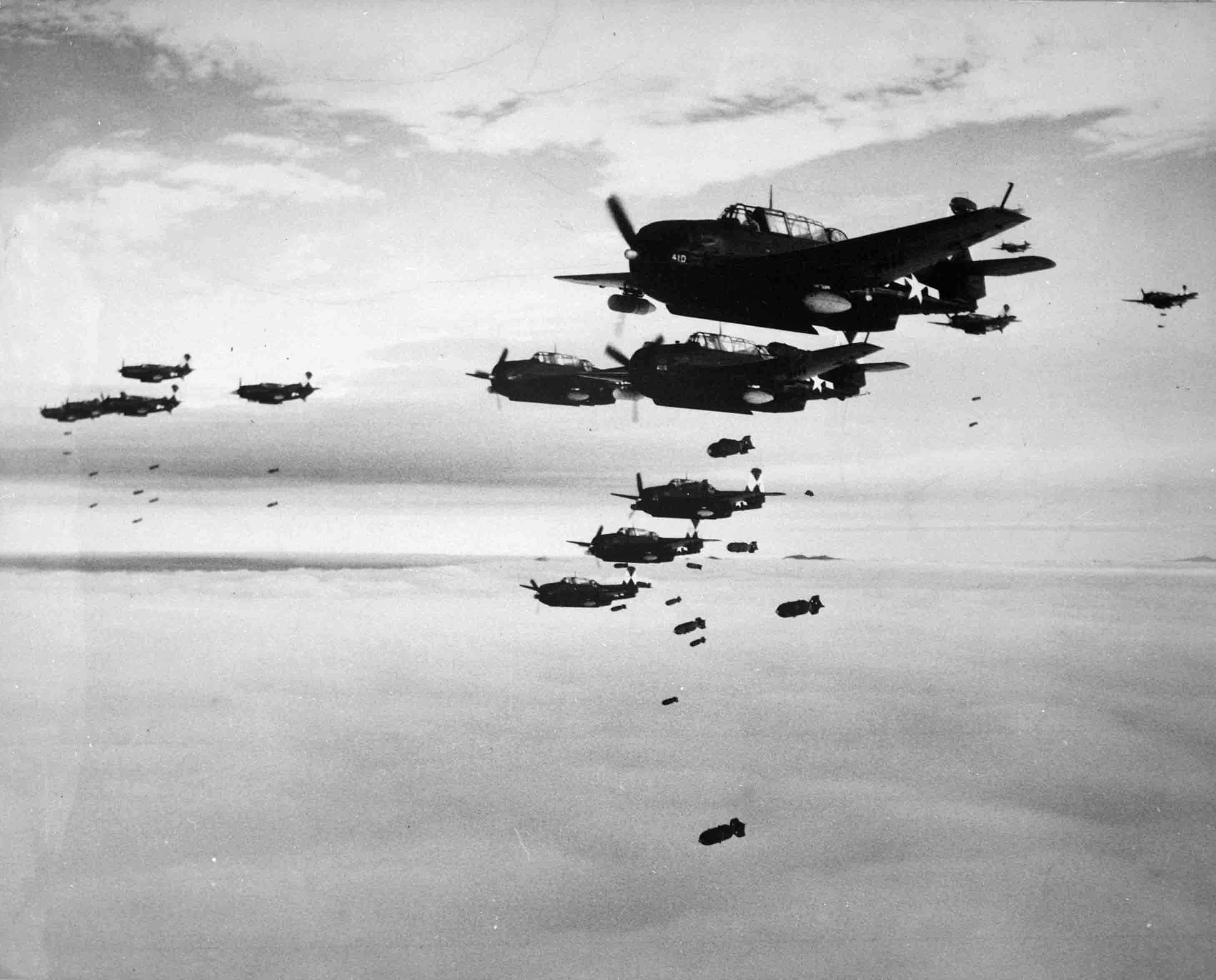 Every morning, the British team would start controlled fires and then put them out as German observation planes flew over them and turned back, before getting to the fake city. The German air command, running out of ammunition, decided the city was not worth it.