Cow smuggling is equivalent to raping a Hindu girl in India 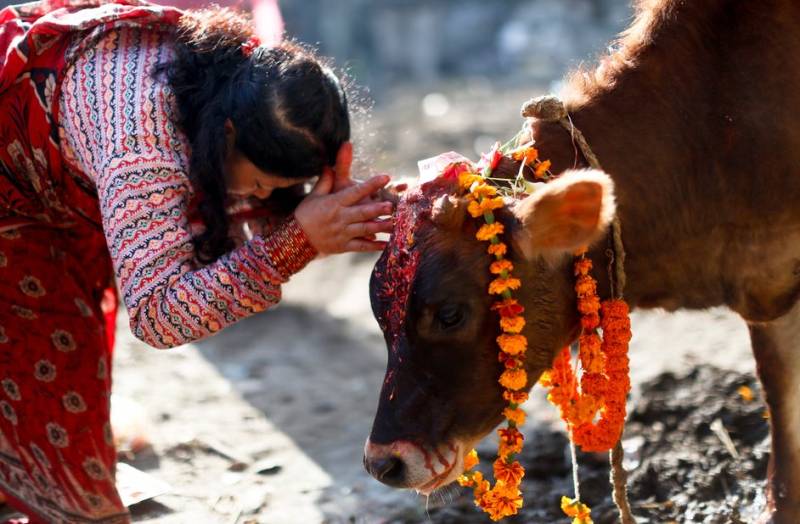 NEW DELHI(Web Desk) – India has tasked tens of thousands of troops along its border with Bangladesh with preventing cattle smuggling.

The Indian government, under Prime Minister Narendra Modi, has made tackling the trade in stolen cattle one of its priorities, ordering the 30,000 security force personnel deployed along the border with its neighbour to do more to prevent it.

Jishnu Basu, a spokesman for the Hindu nationalist Rashtriya Swayamsevak Sangh (RSS), of which Mr Modi is a member, stated provocatively that: "Killing or smuggling a cow is equivalent to raping a Hindu girl or destroying a Hindu temple."

Cows are sacred animals for India's majority Hindu population, however, that is not a sentiment shared across the border in Bangladesh where the majority of the population are Muslim.

Nearly two million head of cattle are smuggled from India into Bangladesh each year, according to Indian media reports.

So far Indian troops have seized 90,000 cattle and caught 400 smugglers, pushing up the price of beef in Bangladesh.